‘Siya Ke Ram’ fame Ashish Sharma told why farming started doing away with acting, returned to the village during the Corona period 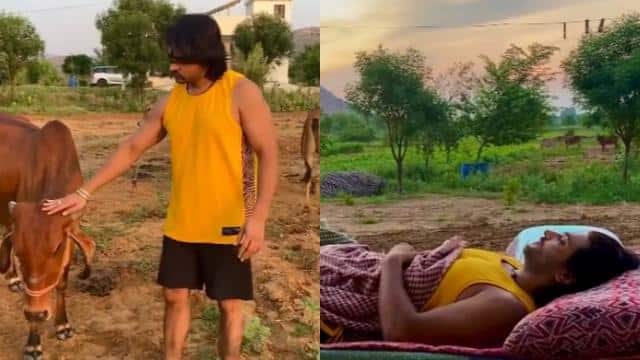 Actor Ashish Sharma was well-liked in the serial ‘Siya Ke Ram’. A few months ago he went back to his village. Ashish started helping in farming with his father in his village near Jaipur. He had shared many pictures of farming on his social media. After these pictures of Ashish, fans started speculating that he has quit acting. Now on this, the actor said that why farming is seen as a retirement plan. There is a need to change the perceptions about agriculture in the country.

don’t have to leave everything

In a conversation with our colleague Hindustan Times, Ashish says that ‘After the corona epidemic (last year) I am doing organic farming with my father in my farm near Jaipur. Maybe that’s why people thought I had quit acting. It is sad that farming is considered a work of poverty. It is thought that I will have to give up everything to take up farming as it is primarily seen as a retirement plan.

Trying to give message to youth

‘No one wants to become a farmer, so I want to give this message to the younger generation. We are an agricultural country and we should have food on our table. If there is no farmer, where will the food come from? That’s why we are trying to create an ecosystem where farmers get their money, customers get good food and we know about its source.

engaged in many projects

Ashish clarified that this is not his retirement plan. He goes on to say that ‘you don’t need to retire to do this like other things.’
Ashish said that ‘I am working with my wife Archana to produce some projects. I have done two series and two films are in post production. She will release in the next 3-4 months.