Siddharth Shukla’s last song ‘Adhura’ will be released on this day, bonding with Shahnaz Gill seen in the poster 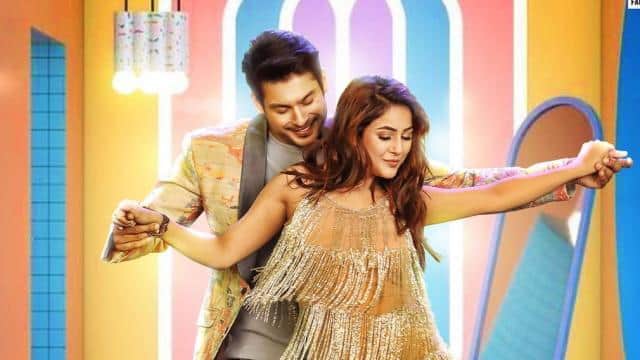 The pairing of Siddharth Shukla and Shahnaz Gill became a huge hit after ‘Bigg Boss’. Fans started lovingly calling him Sidnaz. Be it a music video or a brand endorsement, whenever Sidharth and Shehnaaz came together, the fans showered love on them. Siddharth died on September 2, with which the couple also broke up forever. However, Sidnaz will be seen on the screen once again for the last time.

The last song ‘Adhura’, which was filmed on Siddharth Shukla and Shahnaz, is going to be released soon. A poster of this has surfaced in which the chemistry between Siddharth and Shahnaz is made on sight. In the poster, Siddharth is holding Shehnaaz’s nose and pulling it. Fans have always liked the same mischief of both. A tagline has been written along with the song – ‘Ek Adhuri Gaana, Ek Adhuri Kahani’.

Singer Shreya Ghoshal has shared this poster of Siddharth and Shahnaz with her Twitter handle. Also told that the song ‘Adhura’ will be released on October 21. Shreya also wrote an emotional note remembering Siddharth – ‘He was a star and always will be. The love of millions of hearts will always shine. #Habit is our incomplete song.. #Adhura but still it will be complete. This last song of Sidnaaz, every fan’s wish, will live on in our hearts forever.

Actually Siddharth Shukla and Shahnaz Gill were working on a music video ‘Habit’ which remained incomplete with the actor’s death. It is being told that the makers of the song have now changed its name to ‘Adhura’.