Shweta Tiwari’s daughter Palak does not consider herself a star kid, said – one day it will be known 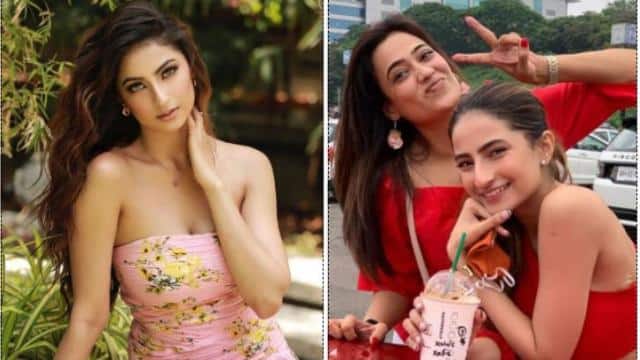 Popular TV actress Shweta Tiwari’s daughter Palak Tiwari is going to take her first step in the industry soon. Palak will soon be seen playing an important role in Vivek Oberoi’s Rosie – The Saffron Chapter. However, since the announcement of this film, people keep trolling Palak Tiwari by calling him ‘Nepotism Product’ and ‘Nepa Kids’. However, now eyelids have come to the fore on this matter and have given a befitting reply to the trollers. At the same time, she said in her statement that she never considers herself a star kid. Apart from this, he revealed that he still has many ‘benefit’ options.

Palak Tiwari does not consider herself a star kid

21-year-old Palak Tiwari, who is going to enter Bollywood, recently spoke openly on ‘nepotism’ in a special conversation with Spotboye. Surprisingly, Palak did not consider herself a star kid and said, “To be honest, I do not consider myself a star kid. My mother is a very good actress, but she belongs to a different industry altogether. She says if I had come to TV Dunia, I would have benefited from it. Although I have many other options of this benefit.

Your ability is based on work and potential: Palak

Palak further says that I have more recognition at this stage of my career, if I had not been his daughter, I would not have it. However, I know that one day everyone will come to know that work speaks, no one’s name. She further says that depending on your best contact, you may get an opportunity to work in one or two films, but then in 5 or 6 films, she has to look at the financial situation. It is only because of your ability, work and potential that a person can stay in the industry for a long time. “

Palak further added, “Honestly, I believe that if you work hard, with time you can get what you need. The best you can do in the beginning is to prove yourself, Showing my acting skills and, I thought this is the film which I can test myself and challenge myself. As an actress. I wanted to start my career from a very challenging aspect which is not easy Was and isn’t.

Let us tell you that Palak’s upcoming film Rosy – The Saffron Chapter is being produced under the banner of Mandira Entertainment and Oberoi Mega Entertainment. Apart from being an actor in the film, Vivek Oberoi is also a co-producer. It is going to be directed by Vishal Ranjan Mishra. The story of the film is based on a real haunting incident in Gurugram.

Share
Facebook
Twitter
WhatsApp
Previous articleThe grand finale of ‘Indian Idol 12’ created a big TRP record in the world of TV, the team celebrated
Next articleHimani Bundela, the first millionaire of KBC 13, will spend her winning money in this thing, said – so that the future is safe
RELATED ARTICLES
Entertainment