Shraddha Kapoor going to marry boyfriend Rohan Shrestha? This answer of Aunt Padmini Kolhapure and Cousin Priyank is in discussion 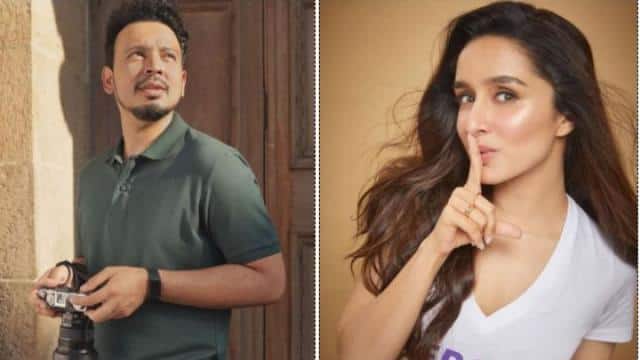 Shraddha Kapoor has been in discussion for a long time about her personal life more than her professional life. If reports are to be believed, Shraddha is dating Rohan Shrestha. Although both of them have never spoken openly about this, but sometimes Shraddha Kapoor is spotted with Rohan Shrestha. Now amidst the rumors of affair, actress Padmini Kolhapure and her son Priyank Sharma have said something about the marriage of both, which is being discussed. Let us tell you that Padmini Kolhapure seems to be Shraddha Kapoor’s aunt. Priyank is Padmini’s son, so he is Shraddha’s cousin.

In a special conversation with India.com, when Priyank Sharma was asked about this Shraddha-Rohan wedding plan, he refused to comment. Priyank says I cannot talk about this. What should I say on this man, but if you are talking about excitement, then I am and should be. If we talk about the future, then there are good options. When actress Padmini Kolhapure was asked for her opinion in this regard, she expressed happiness and said that the question of marriage is very strange but ‘if it happens then news will be received’.

Rohan Shrestha’s father Rakesh likes the pair of both

Earlier, talking to the Times of India, Rohan Shrestha’s father Rakesh Shrestha had dismissed the news of their affair and called both of them close friends. Although he had said on marriage that if both of them like each other and take any decision to come together then it is a good thing. Both are mature, their decision will remain after thinking carefully. If we are talking about my choice, then I have no objection to this relationship. If both of them want to get married then I am happily ready to do everything for them.

Shraddha-Rohan are very close for 9 years

Talking to The Quint, on the rumors of her link-up with Rohan, said that they have been very close for the last 9 years. He said that they met at a party. We are only friends. Let us tell you that in the month of March this year, Shraddha Kapoor-Rohan Shrestha went to Maldives together. Where Priyank got married. In this marriage, both were seen attending all the functions together. Not only this, Shraddha also celebrated her birthday in Maldives with Rohan and family. During this, both of them also danced, which became quite viral. The news of Shraddha-Rohan’s link-up with Priyanka’s wedding had gained momentum.