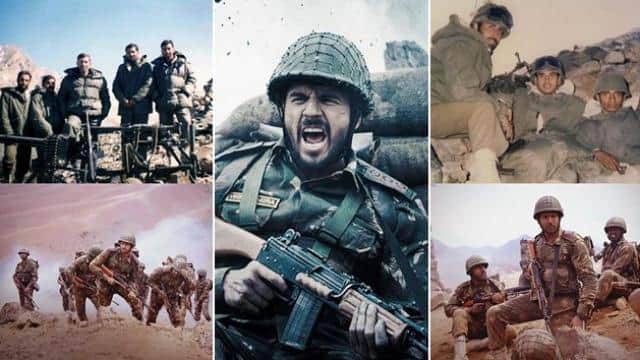 Sidharth Malhotra is garnering a lot of applause from fans as well as critics for playing the character of Kargil War hero martyr Captain Vikram Batra in the film Shershaah. Meanwhile, Siddharth told how Vikram Batra’s family had reacted after seeing Sher Shah.

Vikram Batra’s brother Vishal’s reaction
Actually the special screening of the film was done in Delhi, in which Siddharth Malhotra was also present along with Vikram Batra’s family. While talking with Spotboye, Siddharth said that Vikram Batra’s twin brother Vishal had said, ‘You know Siddharth, I always saw Vikram off duty, whenever he came back from duty. I have never seen him in action, and now whenever I think of him, I will see you.’

I am happy as an actor..
On this reaction of Vishal, Siddharth said, ‘This is a true emotion, I am very happy …. Anyone would be happy if he can contribute even a little bit to someone’s legacy.’ Siddharth further said, ‘It was wonderful to spend time with him. Although it was very difficult for him to watch the film. Tears in my eyes and lots of emotions. But it makes you happy as an actor.

Meets youngest generation of Batra family
Siddharth further said, ‘I met the youngest generation of the Batra family, who are around 20 years old. He said that we have never seen Chachu, just heard about him, but could never imagine what we are feeling after watching the film. I got emotional after hearing this. Let us tell you that Vikram and Vishal were twin brothers, so Siddharth has also played a small character Vishal in the film.

Siddharth won hearts in Sher Shah
Shershaah has been released on Amazon Prime Video. This film based on the life of martyr Captain Vikram Batra is a must watch. The film depicts the story of Vikram from his childhood to sacrificing his last breath on the country while driving away the enemies in the Karigal War. Siddharth has created the charm of Vikram Batra onscreen. While watching a film of about two and a half hours, on the one hand, you will be filled with patriotism, then there will definitely be tears in your eyes.

Share
Facebook
Twitter
WhatsApp
Previous articleMolkki 12 August 2021 Written Episode: Purvi Leaves The House
Next articleAbhishek Bachchan sold his apartment for so many crores, you will be stunned to know the price
RELATED ARTICLES
Entertainment