Sherlyn Chopra, who was a part of Shahrukh Khan’s KKR party, had revealed- ‘I saw it as soon as I opened the bathroom door..’ 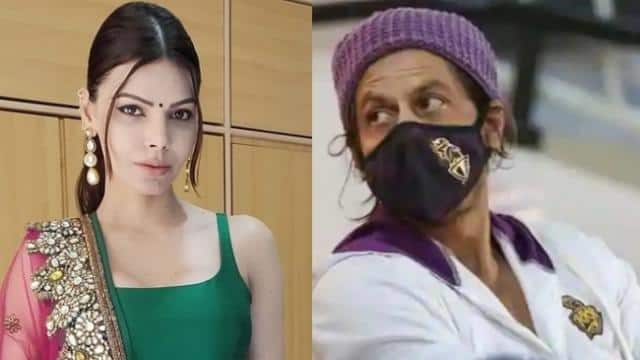 After the arrest of Shahrukh Khan’s son Aryan Khan, the discussion of Bollywood and drugs has started once again. Aryan has been sent to the custody of NCB. Suniel Shetty, Pooja Bhatt, Sussanne Khan, Suchitra Krishnamurthy and other stars from Bollywood were seen supporting Shahrukh Khan. At the same time, many big names including Salman Khan also reached his house. Meanwhile, Sherlyn Chopra has tweeted a video of an old interview in which she has mentioned about Shahrukh Khan’s Kolkata Knight Riders (KKR) party.

what did you see on the night of the party

Sherlyn gave this interview in September 2020. After KKR’s victory in IPL, a party was organized where Sherlyn was also present. He did not name anyone but mentioned KKR which is owned by Shahrukh Khan. She says that ‘I went to Kolkata, watched the match, KKR won that night. After the victory a party was kept for celebration. That night KKR’s players, his girlfriends, Shah Rukh Khan, Shah Rukh’s close friends, his wives, were all partying. Slowly I saw smoke was being done. Also some other substances were being consumed.

Sherlyn further says that ‘I got tired of dancing and went to the washroom. When I opened the door of the washroom and when I opened the door, what I saw was very alert to me. I was thinking that did I reach the wrong place, then I thought if the place is right, only the washroom is there, so what are these people doing here? There I saw Starwives standing in front of the mirror taking the white powder we call cocaine.’

got out too soon

‘It’s very shocking. If suddenly such a scene comes, then you get a little shocked. It was exactly the same reaction. As soon as I left there, I did not want to be a part of that activity. After coming out I saw that everyone was chilling in their respective zones. There was a different atmosphere. Then I went out meeting Shahrukh Khan and his friends.

It’s a must in the party

He further said that ‘Then I understood what kind of parties happen in Bollywood. What foods are used for celebration? Usually, whenever the top host holds a party, he definitely serves drugs. Because here it is believed that unless you consume drugs, the kick does not rise, the enthusiasm does not increase and it is necessary for the party.