Shakti Kapoor did not want daughter Shraddha Kapoor to be an actress? Know the actor’s answer 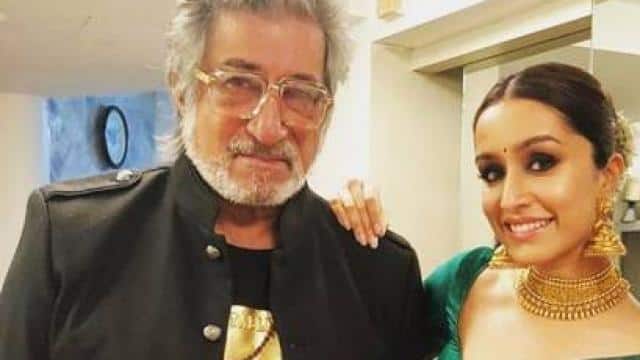 Shakti Kapoor calls Shraddha the golden girl
In a recent interview, Shakti Kapoor was asked whether he ever stopped his daughter Shraddha Kapoor from becoming an actress? On this question, Shakti Kapoor said, ‘Many people asked me whether I ever stopped Shraddha from becoming an actress, while this is not true. I want my daughter to always do the best and shine. Shraddha is a hardworking and talented girl. I call her my Golden Girl. She has made her place in Bollywood on her own.

what about the theory
Apart from Shraddha, Siddhant is also active in Bollywood, who was recently seen in the film Chehre. Shakti said about the son, ‘Siddhant’s film Chehre with Amitabh Bachchan and Emraan Hashmi was released recently, which was liked by all. I am happy for both my kids and both are doing well in their careers. I am proud of both.

the danger is not over
Shakti Kapoor further said, ‘I never stopped the daughter to do anything in her career, although I stopped her from working during the Kovid period. I neither came out of the house myself nor did I let him go. I think the danger is still not over. I am afraid that worse could come.’

Rohan and Shraddha’s wedding
Recall that Shraddha Kapoor made her Bollywood debut with the film Teen Patti. At the same time, she was seen as a lead actress in the film ‘Love Ka The End’. Shraddha Kapoor was last seen in the film Baaghi 3. Many other films including Chhichhore and Stree are included in Shraddha’s hit list. At the same time, these days, Shraddha is in discussion about the news of marriage with Rohan Shrestha, on which in an interview, Shakti had said that Rohan has not asked for his daughter’s hand, every decision of the rest of the daughter will get her support.