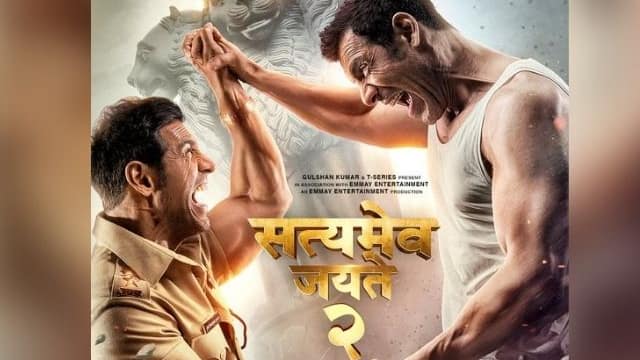 John Abraham’s action film ‘Satyameva Jayate 2’ was released in theaters on Thursday, November 25. The film is a sequel to ‘Satyamev Jayate’ which released in 2018. At that time the film did well at the box office. People liked John Abraham’s action scenes and punching dialogues. In such a situation, the fans were eagerly waiting for the next part. ‘Satyamev Jayate 2’ has received mixed reviews from critics. If we look at the figures of theaters on Thursday, then the film has got off to a slow start. The road ahead for this film is not going to be easy as the release date of Salman Khan and Aayush Sharma’s ‘Antim’ is 26 November.

‘Satyamev Jayate 2’ is getting more audience in single theaters than in multiplexes. According to the Box Office India website, the film collected 3 crores on the first day. The film has received good response in single screens in Uttar Pradesh, Bihar, Orissa and Andhra Pradesh. Although the collection of 3 crores is the initial figure but still it is not expected to increase much.

Weekend can be benefited

An advantage for ‘Satyamev Jayate 2’ is that it has got a chance to earn more than a day before the weekend. The collection is expected to increase on Friday, then Saturday and Sunday.

Highlights of the film

Let us tell you that John Abraham is in three different characters in ‘Satyamev Jayate 2’. Apart from him in the film, Divya Kumar Khosla, Gautami Kapoor, Harsh Chhaya, Sahil Vaidya and Anoop Soni are in the lead. The film is directed by Milap Zaveri. It has got 2500 screens in India while it has been released in 1000 screens abroad.