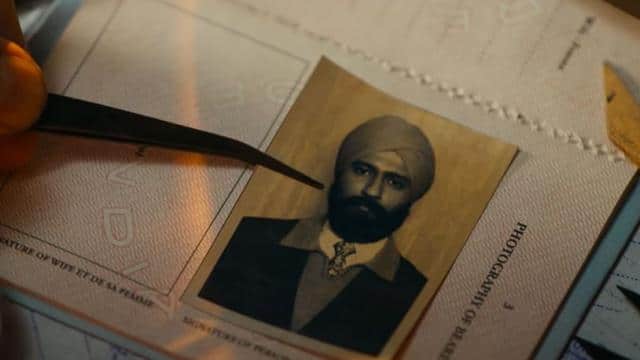 Bollywood fans are eagerly waiting for the film ‘Sardar Udham’. In such a situation, the film’s teaser (Sardar Udham Official Teaser) was released, which is becoming increasingly viral on social media. Vicky Kaushal is seen in the role of Sardar Udham Singh. This is the official teaser of the much awaited untold story of a great freedom fighter.

Sardar Udham teaser release
Amazon Prime Video has launched the teaser of Vicky Kaushal starrer, Sardar Udham, a thrilling adventure story Amazon Original Movie. It is directed by Shoojit Sircar and produced by Ronnie Lahiri and Sheel Kumar. The film is slated to release on Amazon Prime Video on October 16, 2021, during Dussehra.

name on passport
The teaser begins with a look at a document. The focus shifts to the pile of passports, each with different names – Udai Singh, Frank Brazil, Sher Singh… and then Udham Singh. Zooming in on the picture of Vicky Kaushal, who plays Sardar Udham Singh in the last, the teaser video sets the tone for the intriguing and gripping story of this patriot with multiple nicknames, whose mission in life is one of India’s worst genocide. to take revenge.

teaser went viral
Telling the story of the great Indian revolutionary, Sardar Udham Singh, the film chronicles his immense courage to avenge the deaths of his countrymen in an event that shook the British Empire (Jallianwala Bagh Massacre, 1919). Seeing this, this teaser video is becoming increasingly viral.