Salman Khan used to beat Somi Ali by abusing him? Ex-boyfriend’s torture told in the interview 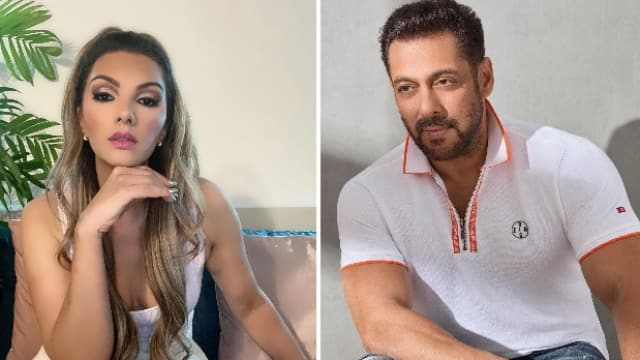 Everyone knows about the relationship between Salman Khan and Somi Ali. Somi Ali has earlier told in the interview that she came to India after watching Salman’s film. Now KRK has shared a video clip. In this Somi Ali is talking about her relationship. He can be heard saying that it was the one for whom she had left her home and came to India to beat her up. Somi has described her ex-boyfriend as a person like Brad-Pitt. KRK has written with the video that who is Somi talking about?

Somi did not take the name, in gestures said Brad Pitt of India

Kamal Rashid Khan aka KRK has once again targeted Salman Khan. He has not said anything but it is clear that in which direction he is pointing. Actually he has shared a video clip of Salman Khan’s ex-girlfriend Somi Ali. It is written with this, who is Somi Ali accusing here? Who used to kill them? Can anyone tell me? In this Somi is saying, I was a Bollywood actor. I was dating a very big star, he was like the Brad Pitt of India. I moved to India at the age of 16 to find and marry him.

Told what his ‘boyfriend’ used to say after beating

I had the same crush on her as Katie Holmes on Tom Cruise. I was one of those rare people who went to India for him, met him and even started dating. But the relationship was very tortuous. The harassment was verbal as well as physical. But I grew up with the thought that this is normal, the same thing happened to my mother at the age of 16. That person used to tell me why don’t I go and kill the neighbor? I kill you because I love you and care for you? I do this because I want you not to work such and such work. I was a kid and I thought he was right. That’s because that was my upbringing.

Somi had told that India had come for Salman Khan

Let me tell you that during an interview given to Bombay Times, I was 16 years old. I saw the movie ‘Maine Pyaar Kiya’ and fell in love with Salman Khan. I thought I wanted to marry him. I told my mother that I am going to India tomorrow. Obviously he sent me to the room but I kept pleading with him. Somi had told that his relatives were in India. She insisted her father to see the Taj Mahal and said that the people of Mumbai want to meet the relatives. Somi had told that her only purpose of coming to India was to marry Salman Khan.