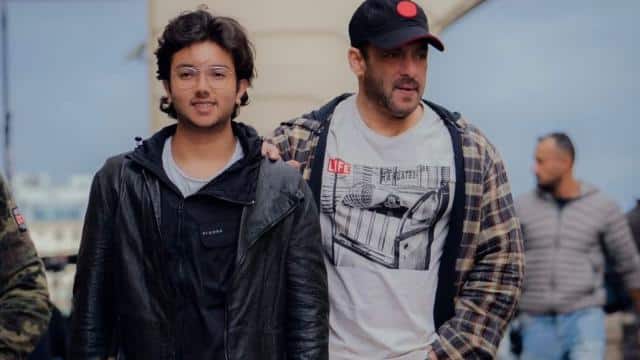 Bollywood’s ‘Dabangg’ actor Salman Khan is busy shooting for the film ‘Tiger 3’ these days. Some pictures of Salman Khan from the shooting sets went viral on social media recently, meanwhile Salman Khan has shared a picture with nephew Nirvan Khan.

cool and simple insta caption
Sharing the picture with Nirvaan, Salman Khan wrote in the Instagram caption – Uncle Bhatija. Fans are calling this caption of Salman quite cool and simple, while fans are also very fond of this picture. Please tell that Nirvaan is the son of Sohail Khan and Seema Sachdev Khan.

Bigg Boss OTT in discussion
Remind that before starting Bigg Boss on TV for the first time, it has been started on OTT, which is being hosted by Karan Johar. Bigg Boss OTT is to be telecast for a total of 6 weeks, out of which about 3 weeks have been completed. Urfi Javed was evicted from the show in the first week itself. On August 22, Riddhima and Karan Nath were out of the house. After the end of Bigg Boss OTT, Bigg Boss will start on TV, which will be hosted by Salman Khan. A promo of this has also surfaced.

projects of salman khan
Significantly, Salman Khan has a strong fan following and fans are eagerly waiting for his films. These days Salman Khan is shooting for the film Tiger 3 in Russia. In Tiger 3, Salman is paired with Katrina Kaif, while Emraan Hashmi will be seen as the villain. Apart from Tiger 3, Salman Khan’s account includes last – The Final Truth, Kick 2 and Bhaijaan.