Saira Banu became emotional after remembering Dilip Kumar, wrote in the letter – ‘This time the conversation could not happen but they will always be together’ 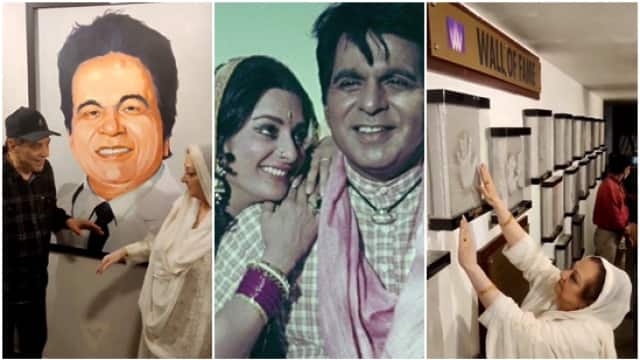 The 99th Birth Anniversary of Hindi cinema veteran Dilip Kumar was celebrated on Saturday (December 11). Dilip Kumar is said to be a milestone for Hindi cinema. He always won the hearts of the audience with his performance. Dilip Kumar has always won the hearts of the audience not only onscreen but also off screen. From fans to stars on Dilip Sahab’s birth anniversary, he remembered him on social media. On the other hand, Dilip Kumar’s wife Saira Banon wrote a letter to him and said- ‘This time it was not possible to talk.’ Fans have become very emotional after coming in front of this letter of Saira and are remembering the immense love of both of them again. Along with this, Saira has also given a tribute to Dilip Sahab.

My dear, Yusuf Sahab was born
According to the ETimes report, Saira Banu wrote in a letter to Tragedy King, ‘On December 11, 1922, on a cold night before the Partition of India, my sweetheart, Yusuf Sahab was born. Sahab was the fourth child of Mohammad Sarwar Khan and Ayesha Begum. Lakhs of his fans and I (fan number one) will celebrate his birthday in peace and believe that he will always be alive with us.

Had no problem synchronizing
Recalling Dilip in the letter, Saira further wrote, ‘After I got married to Sahab, I did not face any problem in adjusting with life. From time to time, Sahab’s friends and loved ones used to come and I enjoy doing things for his sake.

Said goodbye to the world this year
It is worth noting that Dilip Sahab passed away in July this year. At the age of 98, Dilip Sahab had said goodbye to this world. Saheb was ill for a long time and Saira used to take full care of him. When the news of Dilip’s death came to the fore, everyone wanted it to prove to be a rumor as before, but it did not happen. Let us tell you that Saira and Dilip were together for 65 years.