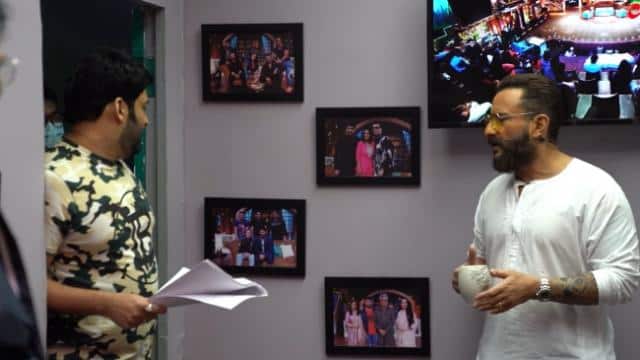 Saif Ali Khan, Yami Gautam and Jacqueline Fernandez are in the green room. That’s when Saif notices that there is a picture on the wall of many artists arriving at the show but their photo is not. When Kapil arrives, Saif complains to him that the set designer did not put his picture while Shakti Kapoor’s picture is there.

Saif says, ‘I have done 10 shows with you, but I don’t have a single picture here, but Yeh Jo Sahab Hain (pointing to Shakti Kapoor’s picture), is his photo.’

At the end of the video, Saif again says, ‘I have been here 10 times, on this show but till now my photo is not in the green room, which makes me feel bad.’

Let us tell you that after the birth of the son, Kapil has again returned with the show. So far, Akshay Kumar, Ajay Devgan, Neetu Kapoor, Karisma Kapoor and other actors have appeared in ‘The Kapil Sharma Show’.