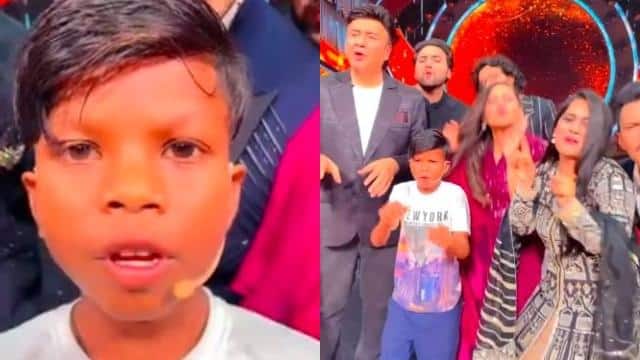 Sahdev Dirdo, who became a social media sensation overnight by singing ‘Bachpan Ka Pyaar Mera…’, is getting praise from all around. At the same time, after talking to Badshah, now Sahdev has reached the stage of reality show ‘Indian Idol 12’. At the same time, during this time he also gave a great performance with everyone. Along with Sahdev, all the contestants, judges and hosts of ‘Indian Idol 12’ were also seen dancing on this song. As soon as this video surfaced, it has come under tremendous discussion on social media.

Actually, recently Aditya Narayan has shared a video on his Instagram account. In which Sahdev Dirdo is seen singing his viral song on the sets of ‘Indian Idol 12’. At the same time, the judges of the show Anu Malik and Sonu Kakkar, contestants and host Aditya Narayan are also seen standing around Sahadev. At the same time, everyone is also seen dancing together with Sahadev. See here Sahdev’s stellar performance on the sets of ‘Indian Idol 12’-

Sahadev’s swag is worth watching in this video. Sharing this, Aditya wrote – ‘#BachpanKaPyaar with OG QT Sahdev and the team of Indian Idol’. This video is being well liked on social media. Let us tell you that earlier rapper Badshah also shared a picture with 10-year-old Sahdev. Badshah is going to come up with a project with this child, who hails from Sukma district of Chhattisgarh.