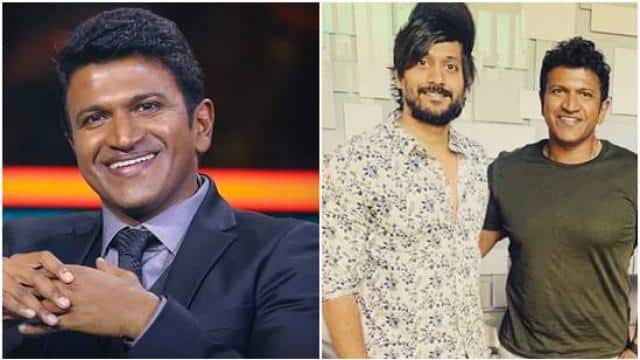 Kannada film actor Puneeth Rajkumar, who was called ‘Power Star’, said goodbye to this world on 29 October. Puneet suffered a heart attack while working out, after which he was admitted to the hospital. But they could not be saved. Puneet is not in this world, but before passing, he inspired many people, including Kannada actor Chetan.

Puneet Rajkumar’s eye donation
In fact, Puneet was not only a strong actor but also a good-natured person. Puneet had promised eye donation, which was fulfilled. Remind that Puneet’s father actor Rajkumar had also donated his eyes. At the same time, actor Chetan has also made a post related to it.

Kannada actor Chetan’s oath
Inspired by Puneeth Rajkumar, Kannada actor Chetan has also posted on social media. Chetan wrote, ‘When I went to the hospital for the last glimpse of Appu sir, a team of doctors operated and removed his eyes within six hours of his death. Appu sir has also donated his eyes like Dr Rajkumar. Following in the footsteps of Appu sir and in his memory, we should all take an oath to donate our eyes. I will also donate my eyes.

While I was at hospital to see Appu Sir, a medical group came to remove his eyes in 6-hour window after death

Following in their footsteps & in Appu Sir’s memory, we must all pledge to donate our #eyes as well

Fans used to call Puneet as Appu
It is worth mentioning that his fans used to call him ‘Appu’ as well. It is said that Puneeth was one of the highest paid stars in Kannada cinema, while about 14 of his films were kept in theaters for more than 100 days. Recall that Puneet’s father Rajkumar was the first actor in Kannada cinema to receive the Dadasaheb Phalke Award. After the death of Rajkumar, many fans sadly embraced death.