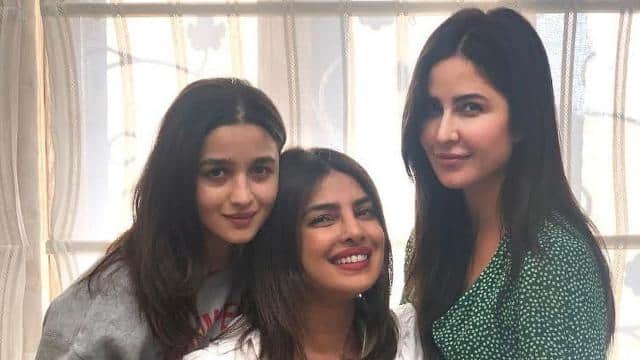 These days there are tremendous discussions about many big Bollywood films. Some film is ready for release, while some are shooting… Amidst all this, an upcoming film of three big Bollywood actresses has come under tremendous headlines. Priyanka Chopra, Alia Bhatt and Katrina Kaif are going to be seen together in this film. The most important thing is that on the lines of ‘Zindagi Na Milegi Dobara’, female friendship will be shown in this film ‘Jee Le Zara’. The announcement of this film has already been done. At the same time, now its first picture has come out, which is increasing the excitement of the fans on social media.

How the idea came about in the caption

Actually, recently all the three actresses Priyanka Chopra, Katrina and Alia have shared a special picture on their respective Instagram accounts. The great bonding of the three superstars is clearly visible in this photo. At the same time, while sharing this picture, all three have expressed their feelings through different captions. Priyanka Chopra told in the caption how she wanted to do a good and different Bollywood film in 2019. Because of which the idea of ​​a film with an all female cast came to his mind. To discuss this idea, he called 2 of his friends.

When Kat and Alia met

Priyanka met Kat and Alia in February 2020 to discuss this idea about a film with three girlfriends. For this, the choice of all three were Farhan Akhtar, Ritesh, Zoya and Reema. Priyanka told that it took 3 years to match the schedules of all the three actresses. At the same time, while sharing this picture, Kat wrote- ‘My heart starts smiling after seeing this. I love these girls very much. It’s fun as well – it’s a combination of a good script, great director, road trip and skies beyond limits.