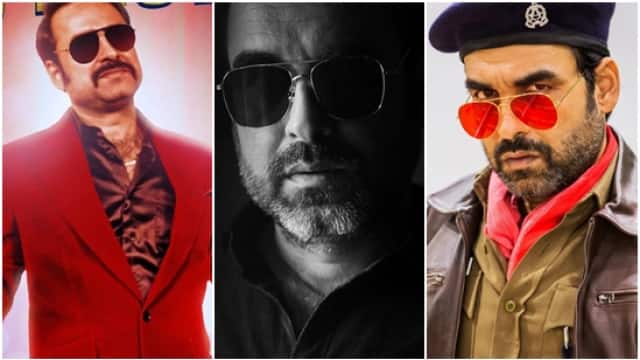 story of pankaj
The actor will be seen in ’83’, a film on the journey of the Indian cricket team led by Kapil Dev to win the 1983 World Cup. In that World Cup, India won the first World Cup by defeating West Indies in the final. Tripathi plays PR Man Singh, a former cricket player and manager of the World Cup winning team in the film. In an interview with PTI-Bhasha, the 45-year-old actor said that no one believed in his dream of becoming an actor in Bihar’s Belsand village but he made his dream come true just like the cricket team.

You can’t…
In the interview, Pankaj said, “I remember the line ‘Tumse Na Ho Payega’ from ‘Gangs of Wasseypur’. The cricket team and I have had the same journey. The story of 83 and the journey I have is this. That’s where wonders can happen in the world. Where I come from, when I used to tell people in my village that I wanted to be an actor, they not only laughed but also used to suspect that I had gone mad Am.”

83 to release on December 24
Let us tell you that Pankaj is one of the busy actors of the present time but he struggled for almost a decade and got recognition from Anurag Kashyap’s ‘Gangs of Wasseypur’ in 2012 and he was in ‘Newton’, ‘Bareilly Ki Barfi’. , ‘Gurgaon’, ‘Masaan’, ‘Stree’ and proved to be the best actor in the series ‘Mirzapur’. The film by Reliance Entertainment and PVR Pictures is scheduled to release in 3D on 24 December 2021 in Hindi, Tamil, Telugu, Kannada and Malayalam. The film is jointly produced by Deepika Padukone, Kabir Khan, Vishnu Vardhan Induri, Sajid Nadiadwala, Phantom Films, Reliance Entertainment.