Patralekha wore a special chunari in red color at the wedding, wrote in Bengali something like this, everyone’s eyes were fixed 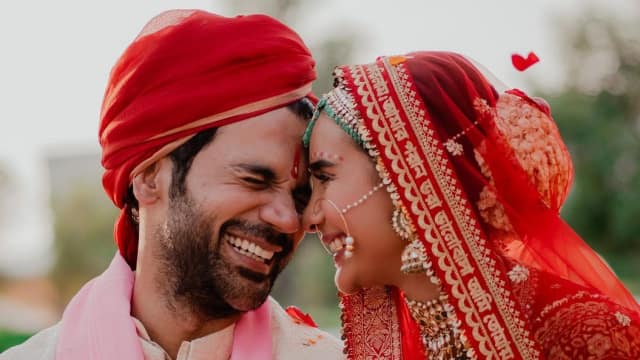 Rajkummar Rao and Patralekha got married on 15 November in Chandigarh. The wedding pictures were shared by both of them on their social media, where Bollywood stars congratulated them. The wedding rituals were performed according to Hindu customs. In the pictures, Rajkumar and Patralekha seem to be the perfect couple. At the wedding, Rajkummar Rao wore a white sherwani and a red colored safa. Patralekha wore a red colored pair. Patralekha, who became a bride, looked like a princess. Patralekha’s wedding lehenga was designed by Sabyasachi. His chunari caught everyone’s attention, on which something was written in Bengali.

Patralekha expressed her love for Rajkumar Rao through the words written on Chunari. On Patralekha’s chunari it was written in Bengali – ‘Amar Poran Bhora Bhalobasha Aami Tomaye Shompon Korilam.’ Which means, ‘I give all my love to you.’

Deepika Padukone had written the mantra

Not only the letter, before this there was a lot of discussion about Deepika Padukone’s chunari, on which it was written – ‘Saubhagyavati Bhava’. For the wedding, Deepika also wore Sabyasachi’s outfit.
Many celebrities attended

been together for 11 years

Rajkummar Rao and Patralekha have known each other for 11 years. Sharing the wedding pictures, Rajkumar revealed that he has married his best friend. He is proud to be called Patralekha’s husband.