Officer reward or punishment? CISF DIG told the truth in the matter of stopping Salman Khan at the airport 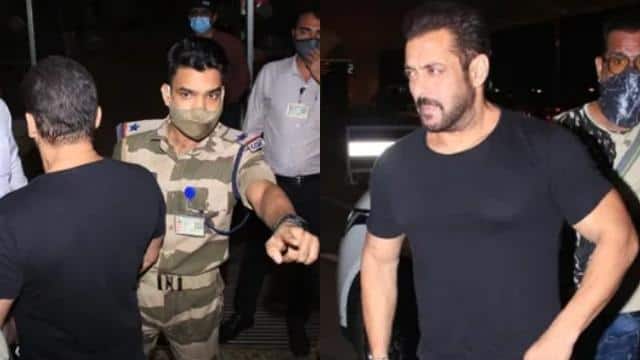 A video of Salman Khan went viral recently. A CISF official at the Mumbai airport let him go only after fulfilling the security related norms. After the video went viral, the ASI officer was praised on social media. After which several media reports claimed that action was taken on ASI to stop Salman Khan and his phone was confiscated. After these reports going on in the media report, CISF tweeted and said that the related news is not correct. No punishment has been given to the officer.

Now a senior CISF officer has told the truth of the whole matter. CISF DIG, Anil Pandey said ASI Somnath Mohanty simply did his job and followed the protocol. He hasn’t done anything different.

In a conversation with the Times of India, he said that ‘someone shot a video of Salman Khan at the airport and spread the rumor that action has been taken against the CISF jawan who stopped him, so we had to clarify on Twitter. It was ASI Somnath Mohanty who was on duty. As per the security protocol at the airport, he had asked for security clearance. Every passenger has to go through this process.

same rules for all

On the question of the officer being rewarded, he said that the ASI on duty was rewarded but it was not to stop Salman Khan but his performance in internal assessment was the best. What ASI Mohanty did was a routine investigation process and nothing extraordinary. Not only in Mumbai but at all airports across the country, CISF personnel follow the procedure for airport check-in of celebrities, which is the same for other passengers as well.

Let us inform that the video of Salman Khan was made by the paparazzi when he was about to leave for Russia for the shooting of ‘Tiger 3’. Salman Khan reached the airport and was about to enter when the CISF officer stopped him and let him go after the security check was completed.