Nora Fatehi remembers her waitress job, said – Some customers were rude, they… 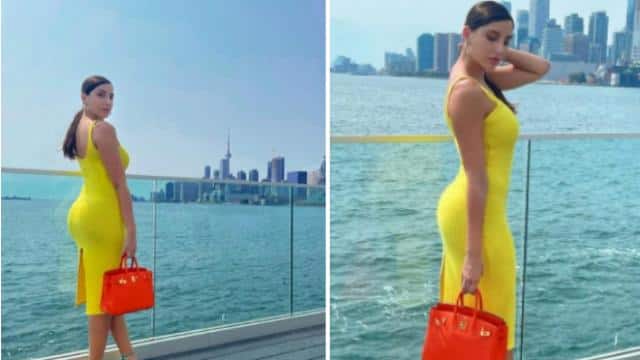 Success doesn’t come easily. Behind every successful story lies a story of struggle. Nora Fatehi is a well-known Bollywood actress. She remembered the time when she was a waitress. He told that this job was very difficult. In Teenage Days, he did it as a side job. Nora had told that there is such a culture in Canada that teenagers do side jobs there.

Tell the qualities of a waitress

Nora Fatehi told during Star Versus Food that when she was 16 years old, she sometimes used to work as a waitress for side money. He did this work from the age of 16 to 18. Nora tells about the difficulties of her job, being a waitress is very difficult. You must have communication skills, personality, you must be fast, as well as your memory should also be good. Sometimes customers are rude, so you should know how to handle them too.

everyone works in canada

But yes, it was side work. This was a way to earn money from the side. I think there is such a culture in Canada. Everybody has job. You go to school and work together.

Nora is a foodie

Nora describes herself as a foodie. She also told what she does to maintain her figure. Nora said, I come from a culture where being thin is not considered good. We love the thickness and curvature of a female body. I am always trying to be curvy and gain weight. This is the mindset of our culture. That’s why we always eat. She told that she does breakfast and lunch heavily.