Nick Jonas is also a fan of Indian customs, Priyanka Chopra said – ‘On every special occasion, he asks for worship’ 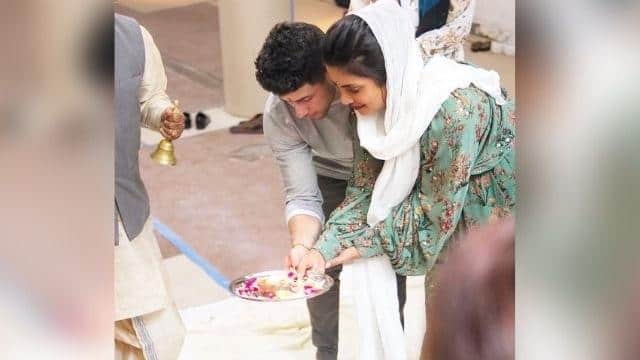 Priyanka Chopra and Nick Jonas seem to be setting the couple goals. Both come from completely different backgrounds but both seem to be playing their traditions together. In 2018, Nick and Priyanka married according to Christian and Hindu customs. The families of both respect each other’s religion equally. Priyanka and Nick were also seen worshiping at the inauguration of their restaurant. Now Priyanka told that whenever there is a special occasion, Nick asks her to worship.

Despite a different religion

Priyanka made this disclosure while speaking on Victoria’s Secrets vs Voices podcast. She says that ‘Me and Nick are on the same line when it comes to our feelings, our trust and our relationship. Of course, we grew up with different religions. I believe that in the end religion leads to the path where God is. So whatever your faith, with whom you have been brought up, we are all heading towards that higher power. We are both on the same line.

I’m thrilled to present to you SONA, a new restaurant in NYC that I poured my love for Indian food into. SONA is the very embodiment of timeless India and the flavors I grew up with.
(1/4) pic.twitter.com/EzB9GcW94D

Priyanka is currently in Spain where she is shooting for her next project ‘Citadel’. Earlier he had shot it in London. Apart from this, Priyanka has other films including ‘The Matrix’, ‘Text for You’. Talking about Bollywood, Priyanka’s upcoming film is ‘Jee Le Zara’. The film on Road Trip is directed by Farhan Akhtar. Apart from Priyanka, it will have Katrina Kaif and Alia Bhatt.