Malaika Arora was blown away after seeing boyfriend Arjun Kapoor’s ‘The Lady Killer’ look, reacted like this 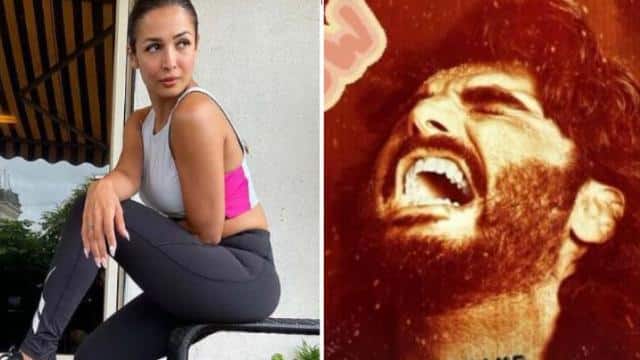 Bollywood actor Arjun Kapoor’s upcoming film is ‘The Ladykiller’. As soon as the film was announced, the actor shared his look from the film. Which is now shared by his girlfriend actress Malaika Arora from her Instagram story and called it ‘Wow’.

In the look of Arjun shown by Malaika from ‘The Lady Killer’, Arjun is looking absolutely intense. Shouting is seen in the poster. On this poster, the picture of the actor reads, ‘Due to distrust, a snake bites its tail’. While sharing this on his social media, Arjun wrote – It has thrill, romance, emotion, suspense… Introducing – The Ladykiller. Even before this, Malaika has shared posts promoting Arjun’s film many times. Earlier, he shared the post promoting Arjun’s recently released film Police Booth.

Directed by Ajay Behl, this Arjun Kapoor film is produced by Bhushan Kumar, Shailesh R Singh and Kishan Kumar. The film will be released under the banner of T-Series. However, no information has been revealed regarding the shooting of the film and its release date. According to Arjun, this upcoming film is very thrilling, full of romance, emotion and suspense. As per reports, the film will track the intriguing story of Casanova, a small town who falls in love with a very beautiful girl.

Arjun Kapoor is excited about the film

Talking about the film, Arjun Kapoor told PTI that when I read the script of The Lady Killer, I was shocked and described her role as the most challenging character she has ever played. This character is very challenging for me under the direction of my amazing producers Bhushan, Shailesh and Ajay Behl but I am very excited to be a part of this journey. I can’t wait to start preparing for my character.