Krushna Abhishek again took a jibe at the quarrel with Mama Govinda? Said- I am in the family today… 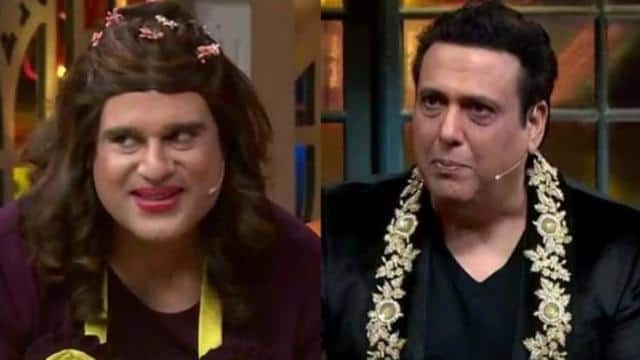 Well-known comedian Krishna Abhishek’s relationship with Govinda and Sunit Ahuja is not good and this thing is not hidden from anyone. The proof of this has been seen many times on the comedy series ‘The Kapil Sharma Show’. Recently, once again a statement of Krishna Abhishek has come in tremendous headlines. The people who went, are taking a jibe at his quarrel with Mama Govinda. While on one hand this statement of Krishna made everyone laugh, on the other hand many people were also surprised by this comment.

made the audience laugh

Actually, Rani Mukerji, Saif Ali Khan, Siddhant Chaturvedi and Sharvari Wagh arrived in the latest episode of ‘The Kapil Sharma Show’. These stars had come to promote their upcoming film ‘Bunty Aur Babli’. During this, all the comedians on the show gave a great performance one by one. Krishna Abhishek also made the audience and guest laugh a lot. At the same time, during this, Krishna hit a funny joke on his wife Kashmera Shah and with it, he was seen taking a jibe at his quarrel with Mama Govinda.

Many times the quarrel came in the discussion

Krishna Abhishek was seen speaking during a joke- ‘I know everything about the film industry, my entire family is in the film industry. That is a different matter, today I am not in the family’. Let us tell you that the family dispute of Krishna Abhishek and Govinda has been in tremendous headlines due to the comments of one or the other on the show many times. When Govinda arrived on the show with his wife Sunita Ahuja, he said that he does not want to see Krishna’s face.