Kirron Kher said on cancer – even doctors do not know, how and why it happened? 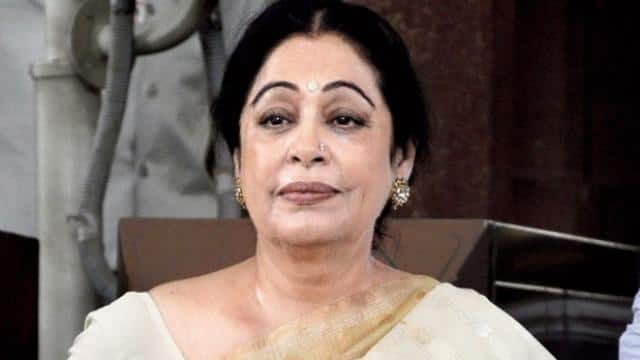 Actress MP Kirron Kher is fighting a battle with cancer. Her husband Anupam Kher and son Sikander keep giving her health updates to the fans. At the same time, Kiran herself keeps posting on her social media. Recently his post had surfaced in which he had informed about the inauguration of the oxygen plant. Kiran remained active during the illness. During an interview, he talked about his cancer.

ray is better than ever

Kirron Kher is better than ever. He was diagnosed with cancer earlier this year. Anupam Kher had informed on Instagram that Kiran has multiple myeloma. It is a type of blood cancer. In a conversation with our colleague Hindustan Times, Kirron Kher told that she is already very well. He told, I was working even when I was undergoing treatment in the hospital. Stayed connected with people on the phone the whole time. I have also recently inaugurated Virtually Oxygen Plant in Chandigarh.

Kiran told that her immunity week is over, so doctors are not allowing her to travel, especially by plane. On being positive even after being diagnosed with cancer, he told that he is not very positive. “It’s not a good situation,” he said. But this is life. Man learns to learn from them and move on. There is no option but to cure. No one likes its treatment and side effects of treatment.

Medical science does not have the answer

Kiran has to go for maintenance therapy once a month. She says some people get well and some don’t. Even the doctors do not know how and why it happened. Medical science has no concrete answer. I didn’t have to but it is something that has to be accepted.