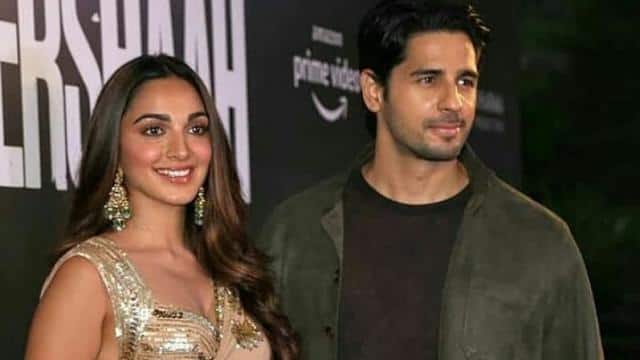 Bollywood actress Kiara Advani and actor Siddharth Malhotra are busy these days in the promotion of their upcoming film ‘Sher Shah’. There are rumors that Kiara is dating Siddharth these days. Although both of them have not said anything about these yet, but both were spotted several times while spending time together and in front of each other’s house. Not only this, these rumored lovebirds of B-town have been sharing pictures and videos on social media. Meanwhile, a romantic video of this rumored lovebirds has surfaced, which is being liked a lot by the people.

Actually, Kiara and Siddharth have shared a video on their Instagram handles, in which both are seen performing on the song ‘Rata Lambiya Lambiya’ from ‘Sher Shah’. The best chemistry of both is being seen in the video. In the video, where Kiara is seen walking forward wearing a wine-coloured sari, Siddharth wearing an army jacket is seen walking slowly behind Kiara. In the clip ahead of the video, Siddharth-Kiara are seen in each other’s arms in a romantic way.

Seeing this video of Siddharth-Kiara, his fans are very happy. Fans are praising this couple by continuously commenting on this video. One user wrote, ‘Uff oops! Pure love is goal’. Another wrote, ‘Kya jodi hai my god,’. The third fan wrote, ‘You both look very happy together’. 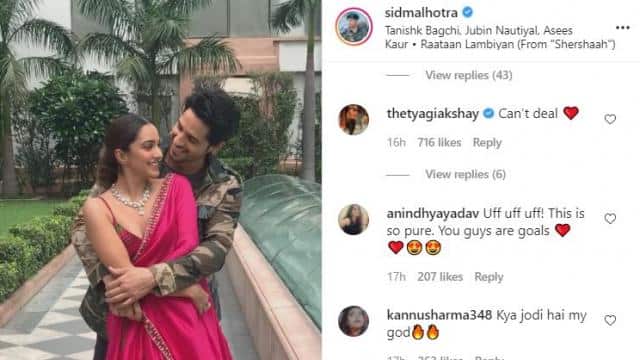 Siddharth-Kiara are going to appear together on a film screen for the first time. Their upcoming film Shershaah will be streamed on Amazon Prime Video from August 12. The film Shershaah is the story of Captain Kargil War’s immortal martyr Vikram Batra. Sidharth Malhotra will be seen as Vikram Batra, while Kiara Advani will be seen as his girlfriend Dimple Cheema. When Vikram Batra was martyred in the Kargil war at the age of 25, Dimple also did not marry anyone else after that.