Khatron Ke Khiladi 11: As soon as Saurabh Raj Jain was out, the fans got angry on Arjun Bijlani, now the actor clarified 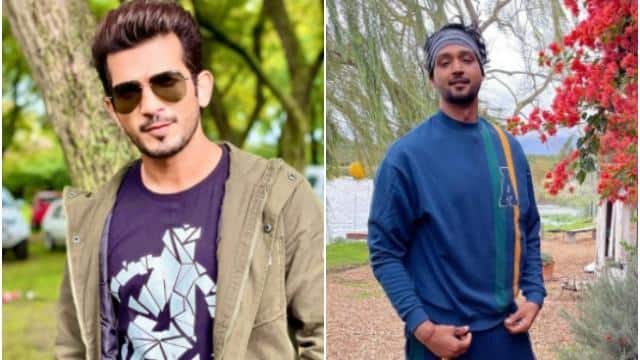 Saurabh Raj Jain has been dropped from ‘Khatron Ke Khiladi 11’. After his elimination, the anger of the fans flared up. Saurabh had been doing well in the show. He had also saved himself from the fear noose. From Rohit Shetty to the contestants of the show were shocked by his departure.

In fact, Arjun Bijlani got the ‘K’ medal in the show, through which he himself could refuse to do the task and be safe, but for this he had to nominate another player. After which Arjun Bijlani took the name of Saurabh Raj Jain.

Mehak Chahal and Anushka Sen were with Saurabh in the nomination task. Saurabh had to be out due to the maximum time taken in the task. Fans did not like his departure from the show like this and he took Arjun Bijlani on target. Arjun started being trolled on social media, after which the actor has now given his clarification.

‘Knew it would happen’

Responding to a film critic’s tweet, Arjun wrote that ‘I won the K medal to avoid the elimination stunt… later the twist was that I had to choose someone in my place so I did it. When Saurabh got eliminated, I knew a lot of people would call it wrong. I really wanted him not to leave. But yes you have a right to have your say.

I won the k medal to be saved from the elimination stunt .. later the twist was I have to choose someone. So I did that. When Souraub was eliminated I knew a lot of people will find it unfair. I truly wished he hadn’t .But yes u have a right to have an opinion. https://t.co/shViuM1Rfw

Saurabh had earlier performed brilliantly in the task with Shweta Tiwari on Saturday. He was considered a strong contestant of the show. After he is eliminated, Arjun Bijlani apologizes to him and says that he will try to make up for it later in life.