Kareena Kapoor shared a beautiful picture from Maldives when Jeh was 6 months old, was seen holding her son 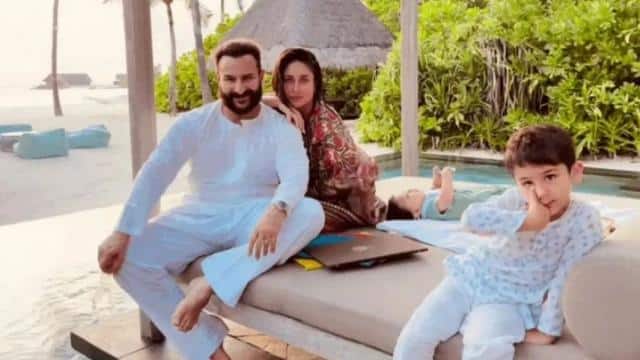 Kareena Kapoor and Saif Ali Khan are currently spending their holidays in Maldives with their two children. Kareena has shared many pictures from there so far. Saturday marks six months since the birth of their younger son, Jahangir. On this occasion, she has shared a cute post in which the actress has adopted her son.

Kareena Kapoor is on the seashore. She holds Jeh in her lap and is expressing love. During this, Kareena is wearing a bikini top and has made a hair bun. Posting the picture, Kareena writes- ‘Love, happiness and courage, always for you. Happy 6 months my life.’

After the birth of Jeh, Kareena Kapoor and Saif Ali Khan had decided not to share pictures of the younger son. The kind of craziness seen about Taimur, the couple does not want the same to happen to Jeh. Even Jeh’s name was revealed a few weeks back. Kareena Kapoor has been sharing new pictures since her book.

Talking about Kareena Kapoor’s upcoming films, she will be seen in Laal Singh Chaddha opposite Aamir Khan. Laal Singh Chaddha is the official remake of Hollywood film Forrest Gump. Advait Chandan is directing the film. Apart from this, Karan Johar’s Takht is also in Kareena’s account, although many times different reports have come out about the Takht, in such a situation, there is a crisis in its existence.