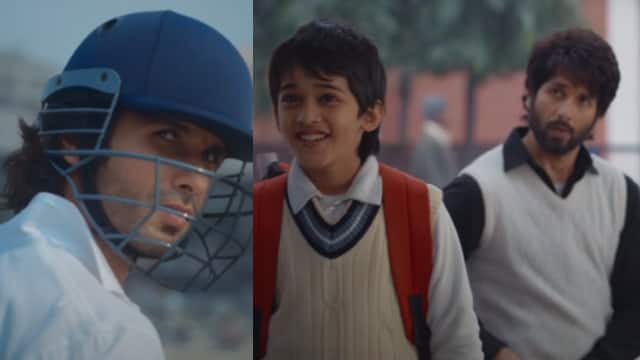 These days there are tremendous discussions about many big Bollywood films. While the shooting of many is going on, many are ready for release. At the same time, in the midst of all this, actors Shahid Kapoor and Mrunal Thakur’s film ‘Jersey’ has come under tremendous headlines. Recently, the banging trailer of this film has been released. In which Shahid Kapoor is seen playing the role of a human being in a loser. Who is trying to juggle jersey and 500 rupees for his son.

The trailer of Jersey begins with Shahid Kapoor and his wife Mrunal Thakur fighting in the film. He is also seen asking for 500 rupees from his wife. With no money available from anywhere, Shahid even comes down to steal money from his wife’s purse. Meanwhile, Shahid’s love for cricket is also clearly visible in the trailer. At the same time, it will be seen in the film whether this father will return to cricket for his son?… Watch the jersey trailer here-

Earlier, while sharing the poster of the film, wrote- ‘The time has come! We waited for 2 years to share this. This is really special, this team is special… this character is special. Along with this, we are going to share the big screen with you, it is special for us. I have no words to express this gratitude. I hope you all feel what I felt playing this character. is present here. Let us tell you that this film is going to release on 31 December 2021.