Javed Akhtar came out in support of Shahrukh Khan’s son Aryan, said – there is a price to be paid for being high profile 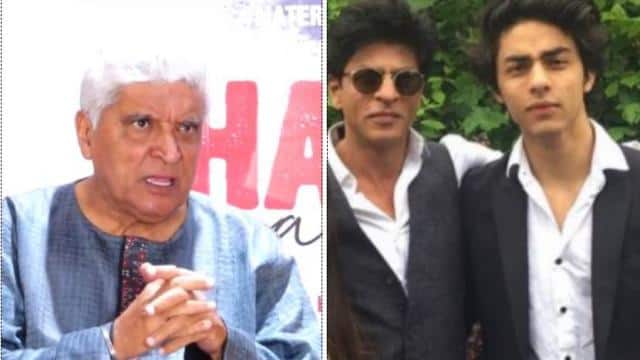 The reaction of lyricist Javed Akhtar has come to the fore regarding the case of Aryan Khan, son of Shah Rukh Khan, who is trapped in the drugs case. He has said in his statement that the Hindi cinema industry is under scrutiny due to its ‘high profile’ mood and it has to pay a ‘price’ for it.

Javed Akhtar, who was present at the launch event of the book titled ‘Changemakers’, supported Shah Rukh and Aryan without naming them. Asked at the event whether he feels that Bollywood is being targeted continuously? Responding to this, Javed Akhtar said, ‘The film industry, being high profile, has to pay this price. When you’re high profile, people enjoy bringing you down and throwing mud at you. On the other hand, if you do not have a profile, no one knows you, then no one has time to throw stones at you?’

#WATCH | I’ve not seen any headline on recovery of cocaine worth 1 billion dollars at a port but the recovery of charas or ganja worth 1.30 lakh has become national news. This is the price film industry has to pay for being high profile: Lyricist Javed Akhtar in Mumbai pic.twitter.com/OmaO2UsQL7

No news about $1 billion worth of cocaine

Javed further says that not a single headline has been read about the cocaine worth $ 1 billion caught at the port, but if 1.30 lakh charas or ganja has been caught, then it has become a national news. The news gets printed on the fifth or sixth page and then it is said that we will not allow ships to come to this port. Hey, first talk about what you’ve got.

Share
Facebook
Twitter
WhatsApp
Previous articleBigg Boss 15: Twist came in the show, 2 contestants were shown the way out simultaneously
Next articleJhanvi Kapoor forbids father Boney to remove the mask, got angry at the paparazzi, fans were impressed after watching the video
RELATED ARTICLES
Entertainment