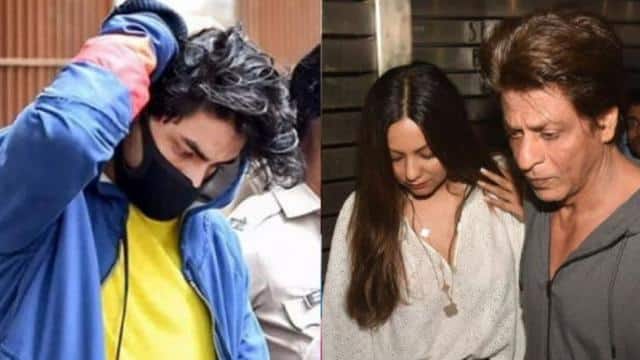 Aryan Khan, arrested in the drug case, talked to his parents Shahrukh Khan and Gauri Khan through video calling. This video call lasted for 10 minutes. An official gave information about this. According to the report, everyone became emotional during the video call.

Jail officer told that the matter happened according to the rules

The jail official said that he spoke to mother Gauri and father Shahrukh Khan on video call for 10 minutes as per jail rules. He said that this call was made two-three days back. He said that Aryan is being given food cooked inside the jail and he is not allowed to eat food outside. The officer also said that Aryan also received Rs 4,500 through a money-order sent by his father.

Know why Shahrukh-Gauri could not meet physically son

In fact, due to the corona virus, the jail administration has banned the prisoners from having physical contact with their families. In such a situation, if someone wants to talk to the family, then the facility of video call has been given for him. The prisoners get to talk 3 times in a month. Arthur Road Jail has provided 11 mobiles for this.

Aryan Khan, Arbaaz Merchant, Munmun Dhamecha and others, who were allegedly caught during a drug party on a cruise ship in Mumbai, have been in jail since October 3. On October 14, his bail application was heard in the Mumbai Special NDPS Court. After the hearing, the court has reserved its decision till October 20. Whether Aryan will get bail or not will be decided on October 20.

Share
Facebook
Twitter
WhatsApp
Previous articleMaruti Jimny SUV Teased Through Nexa – Launch Soon To Rival Thar
Next articleBigg Boss 15: Salman Khan taught Afsana a lesson for the week’s misdeeds, will she be out of the house?
RELATED ARTICLES
Entertainment