Indian women’s hockey team won heart even after losing, Shahrukh Khan said- ‘It is a victory in itself’ 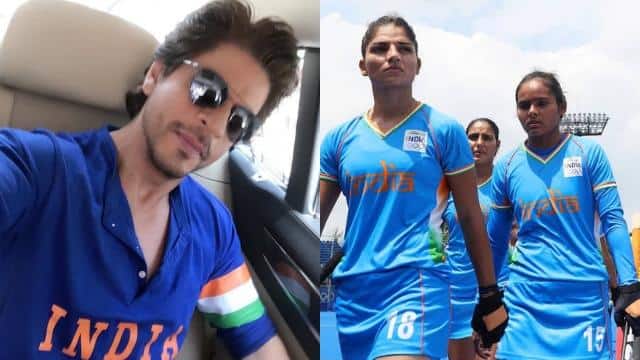 Indian women’s hockey team’s dream of winning a medal in the Tokyo Olympics has been shattered. In the bronze medal match, the Indian team was defeated by Great Britain 4-3. However, the performance of each player is being highly appreciated. The Indian women’s team reached the semi-finals of the Olympics for the first time.

Bollywood actor Shahrukh Khan has tweeted. He wrote that the heart is broken but there is a need to keep the spirits up. Every player has inspired the nation. The ‘Chak De India’ actor has reacted by tweeting after every important hockey match in the Olympics.

Shahrukh wrote in his tweet that ‘Heartbroken but there are reasons to hold your head high. Indian women’s hockey team has played very well. You have inspired everyone in India. That in itself is a victory.’

Heartbreak!!! But all the reasons to hold our heads high. Well played Indian Women’s Hockey Team. You all inspired everyone in India. That itself is a victory.

Earlier, Shahrukh Khan had also tweeted when the Indian women’s team had entered the semi-finals. Coach Sjoerd Marjen wrote alongside the picture of the players, ‘Sorry family, there will be a delay again.’

Haan haan no problem. Just bring some Gold on your way back….for a billion family members. This time Dhanteras is also on 2nd Nov. From: Ex-coach Kabir Khan. https://t.co/QcnqbtLVGX

Further, Shahrukh wrote, ‘Yes.. Yes.. No problem. Just come and bring some gold, for your crores of family members. This time Dhanteras is also on November 2. Ex Coach- Kabir Khan. Let us tell you that in the film ‘Chak De India’, Shahrukh Khan was in the role of the coach of the hockey team, Kabir Khan.