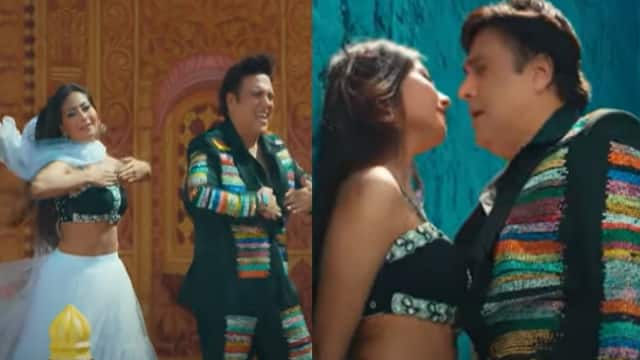 Govinda, the top actor of the 90s, has once again made a comeback. He has released his music video. For a long time, no film of his has come, but through the song, Govinda is preparing to impress with his dancing style. His new song ‘Tip Tip Pani Barsa’ has been released. Govinda recently promised that soon he will come up with something new. His fans are giving tremendous reactions to the song.

The hook steps that Govinda is known for are seen in the same style. Govinda himself has given his voice to the song. He himself has also written its lyrics. Its music is by Nitesh Ramchandra. The producer and director of the video is Govinda. The song features Sonia Kashyap as the female lead.

Sharing the video on Instagram, he wrote- ‘Hi Guys, I have come with my new track ‘Ang Tera Tarsa To Tip Tip Pani Barsa’. Hope you like it.’

He has released this video on his YouTube channel Govinda Royals. In the comment box of the song on Govinda’s Instagram, a fan wrote – ‘King of dance of Bollywood.’ Another wrote- ‘King is back.’ A fan says, ‘Boss, boss hi hota hai hota hai bhai. You are back in Bollywood, now you will find something new.

Let us tell you that recently the song ‘Tip Tip Barsa Pani’ from Akshay Kumar and Katrina Kaif’s film ‘Sooryavanshi’ has been released. Which is a recreated version of a 90s song. This song was released a few days ago, so many users on social media started comparing Govinda’s song with Akshay.