For the first time, the face of Taimur’s younger brother Jeh was seen, Saif Ali Khan and Kareena Kapoor also came together 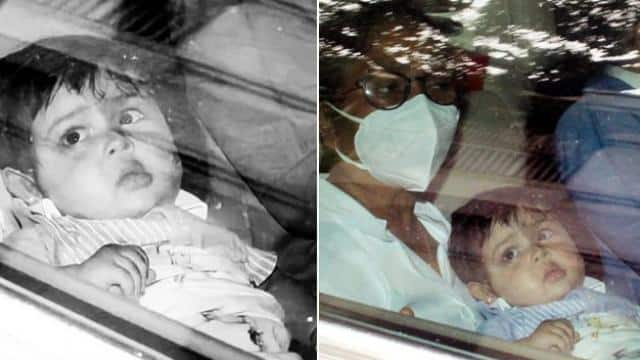 Fans were eager to see Jahangir Ali Khan, the younger son of Bollywood actress Kareena Kapoor Khan and actor Saif Ali Khan, for a long time, so now their wish has come true. And the first picture of Jeh has come out, in which his face is also visible.

Jeh’s face show
The first glimpse of Jeh has been captured by the paparazzi in the cameras. For the first time Jeh’s face has been seen in the camera. Actually, recently Jeh appeared in father Saif’s lap. At the same time, mother Kareena was also seen together. Not only the photo of Jeh but also the video is becoming increasingly viral. At the same time, in some photos and videos, Jeh is seen in Naini’s lap.

Laal Singh will be seen in Chaddha
Talking about Kareena Kapoor Khan’s projects, the actress will soon be seen in Laal Singh Chaddha opposite Aamir Khan. Laal Singh Chaddha is the official remake of Hollywood film Forrest Gump. Advait Chandan is directing the film. Apart from this, Karan Johar’s Takht is also in Kareena’s account, although many times different news have come out about Takht, in such a situation there is a crisis on its existence.