Fans were blown away by Jhanvi and Arjun Kapoor’s expressions, saw the sizzling chemistry of siblings 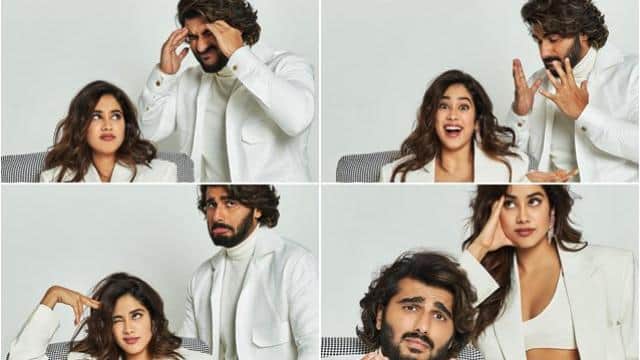 Janhvi Kapoor’s name is included in the list of actresses who post a lot on social media. Meanwhile, Jhanvi has shared some photos with brother and actor Arjun Kapoor, where their face expressions are looking quite cute.

photoshoot for bazaar magazine
Actually Janhvi Kapoor and Arjun Kapoor got a photoshoot done for Bazaar magazine. In such a situation, both of them got some photos clicked for the cover page. It is seen in the pictures that both the brothers and sisters are having a great time together and are also giving very funny expressions as well. Fans are very fond of these photos.

Brother and sister are Arjun-Jhanvi
Let us tell you that Boney Kapoor had two marriages, in such a situation, Arjun Kapoor and Anshula Kapoor are Boney- Mona’s children, while Boney- Sridevi’s daughters are Jhanvi and Khushi Kapoor. According to media reports, at one time the four siblings were not so close, but after the death of Sridevi, Arjun played the role of elder brother and took care of the rest of the sisters.

jhanvi kapoor career
Significantly, Jhanvi Kapoor was last seen in the film Roohi. Rajkumar Rao and Varun Sharma were in the lead roles along with Jhanvi in ​​the film. Before Roohi, Jhanvi was seen in the film Gunjan Saxena: The Kargil Girl. Let us tell you that good luck Jerry is included in Jhanvi’s upcoming films. At the same time, Jhanvi also has Karan Johar’s throne. Along with this, Jhanvi will also be seen in a film with Rajkummar Rao.

Arjun’s Projects
Talking about Arjun’s film career, recently he was seen in ‘Sandeep Aur Pinky Faraar’ and ‘Sardar Ka Grandson’. On the other hand, if we talk about his upcoming films, he will soon be seen in ‘Bhoot Police’ and ‘Ek Villain 2’.