EXCLUSIVE: How did ‘Four More Shots Please’ actress Sayani Gupta get her first film? This rumor has spread on the internet 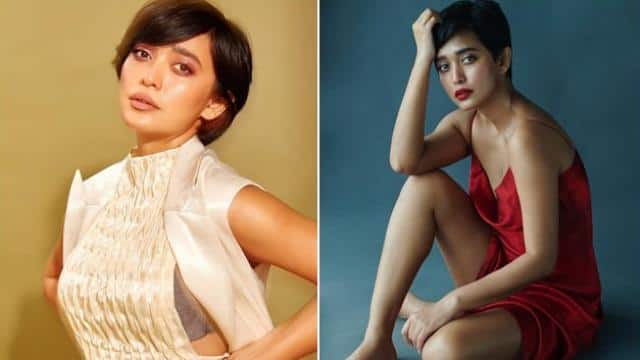 There are very few such actresses in Bollywood, who try to do something new every time. One of these actresses is named Sayani Gupta. Sayani has done different types of characters in her career and these days she is in discussion about ‘Kali Peeli Tales’. In such a situation, Sayani had a special conversation with Hindustan and gave impeccable answers to many questions.

How did you get the first character?
The director of Second Marriage.com saw a short film of mine, after which he contacted me and asked me to work for his film. I read the script which I liked. After that I did that film for practice. I thought that film would never release.

You have done different types of characters so far, so which character did you find most challenging?
I think Margarita was challenging because playing disability is not easy. It was followed by Akhuni film as it was not easy to portray the North East character. Article 15 was not challenging but was fun. At the same time, Four More Shots was very challenging, because it is very difficult to shoot complete with makeup.

After four more shots, your bold and hot avatar came in front of the audience, how did people react on this?
About this I always say that this word should be removed from the dictionary. I did the show only because women’s story, pasand na-pasand, sexuality etc all came out, which is not shown in most of the Hindi films. No one else reacted in any way.

How was the experience of working with Shahrukh Khan in Fan?
It was wonderful, he is such a wonderful person. He is very generous, a great actor, a lot to learn. With them you can talk about any issue. Along with this, he talks very lovingly with everyone, at that time you will feel that only you are the most important in his life. I would like to work with him again and again.

When will the singing talent come out in full flash?
I sang Khwaab in Article 15, I was very happy with it. After reading the script, I told the director that please let me sing this song. I even gave a kind of audition in the lift. I wish I got a chance to sing in every film.

Tell us something about ‘Kaali Peeli Tales’?
This is the story of a relationship, which is quite modern and interesting. My character’s name is Ashima, a modern girl. This is a story of three people, which will be liked by all.

Do you have a dream character?
I want to do dance film, I think it will be a lot of fun. Along with this, I want to do action films. I also know Kalaripayattu, but I also like to watch action movies.

What is your opinion about social media, how do you manage trolls?
Ignore, block and report.

How would you define yourself in one word?
undefined (undefinable)