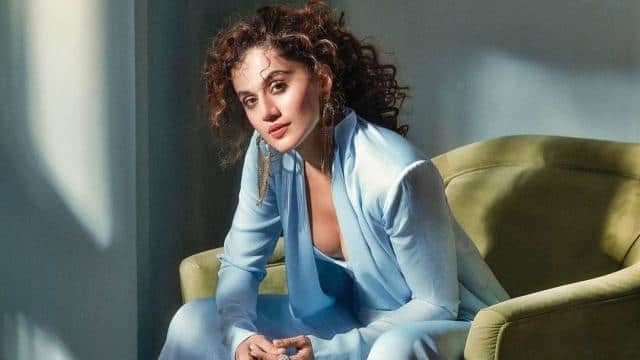 The name of Bollywood actress Taapsee Pannu is one of the few actresses who have made a big name for themselves in Bollywood on their own. Taapsee Pannu will soon be seen in the film Rashmi Rocket. Before the release of the film, Taapsee had a special conversation with Hindustan and answered many questions.

Which was the most challenging scene in ‘Rashmi Rocket’ as an actress?
There were two basic challenges for this film, one was to make such a physique that I should be a sprinter before the start of the film, which was a huge challenge. The other was the climax scene of my locker room. Not just challenging, but it was a scene that took my heart on the script and got me desperate to do the film.

‘Rashmi Rocket’ depicts a different issue, on which nothing has been seen prominently so far, so what was the first reaction when you were offered the film?
The disappointment was that I follow so much sports, but even after that I didn’t know about it. There was more disappointment than that that something like this is happening, which is happening only with female athletes. After this the intention was that why should not I be the only way to raise this issue. For victory, for medals, we are all desperate, but this side is also the one, where there is some struggle, just show them.

You were initially trolled a lot for your physique in ‘Rashmi Rocket’, but seeing the film, it is understood that this trolling was a complement to you. What would you say on this?
It is really a compliment for me to target people with such beliefs. But such people made my work easy that they themselves came forward. Because of these trollers, my job became easy because they themselves came forward and I did not have to search for such people.

One such thing about Taapsee Pannu that you want the whole world to know?
I am not as serious as people think me to be.

What is the reply of Taapsee, Robert Down Jr.?
No, it hasn’t come yet. Actually I had messaged him only once and it has been almost 2 years since that time.

Any character you want to play?
Yes, I want to do Marvel’s Avengers film.