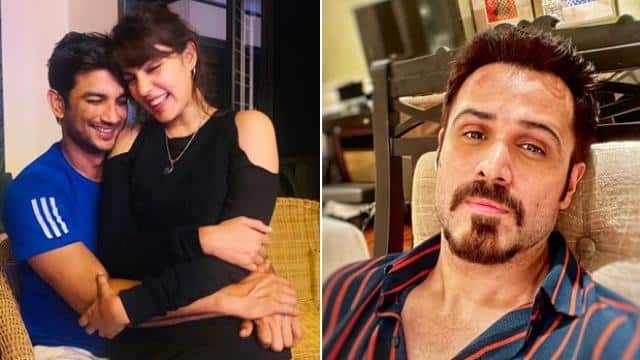 Bollywood actress Rhea Chakraborty has been in the news for a long time due to the Sushant Singh Rajput death case. On the one hand, where his name is still included in the Sushant case, on the other hand he is often trolled on social media too. In such a situation, now Emraan Hashmi has talked about the star to his face.

was oversized
In fact, during a recent conversation with ‘Bollywood Hungama’, Emraan Hashmi said, ‘It was made excessively big, a media trial was conducted in the whole case, which according to me was wrong. You almost ruined the life of a family. That too only on a speculation that this must have happened….

Some portals also did good reporting
Imran further said, ‘However, some portals also did very good reporting on this. At the same time, I feel that if everyone follows the ground rule, then this world will become a better place. We have to understand that there is a judicial system and we have to trust it. How can a portion of the media call someone an accused or something?’

Chehre to release on August 27
Remind that after the death of Sushant Singh Rajput, the relatives of the late actor made many serious allegations against Rhea Chakraborty. At the same time, Riya Chakraborty was also jailed in the drugs case related to Sushant. Even today, Riya Chakraborty is trolled by Sushant’s fans on social media. It is worth noting that Rhea Chakraborty will soon be seen in the film Chehre, which will release on August 27. Amitabh Bachchan, Emraan Hashmi and Krystle will be seen with Rhea in the film.