Due to Kangana Ranaut, the trainer ran away leaving the dumbbell on the chest, Kapil Sharma’s disclosure in front of Big B-Sonu Sood 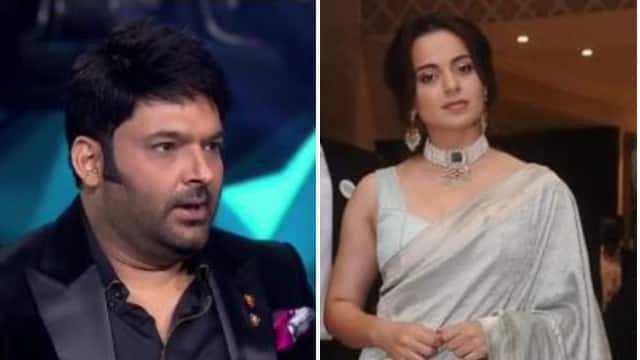 ‘Kaun Banega Crorepati 13’ will see Kapil Sharma and Sonu Sood as guests in tonight’s episode of ‘Special Friday’. A precap video of the show, which aired today, is going viral on Instagram, in which Kapil Sharma, Amitabh Bachchan will reveal to Sonu Sood how his fitness trainer kept a dumbbell on his chest because of actress Kangana Ranaut. had run away.

In this video shared on Sony TV’s official Instagram, you can see that Sonu Sood and Kapil Sharma are sitting in front of Amitabh on the hot seat. Kapil, seeing Big B, says that whenever you call us, our price increases in the market. Amitabh-Sonu laugh. After this, Amitabh Bachchan slams Kapil Sharma for coming late in the show and says – Sir, I am very happy that you have come at the right time. You had to meet us at 12 o’clock and you came exactly at 4:30. Kapil laughs and tells an anecdote of Big B saying that once Bachchan sir apologized to him for being late by two minutes, which he has not forgotten till date.

When fitness trainer ran away from gym because of Kangana

Further in the video, Sonu Sood tells that when he once went to the Kapil Sharma show, he asked Kapil to pay attention to fitness. However, Kapil then jokingly said that is it all right to go to gym-sim, is the rating coming right, what difference does it make. However, Sonu forcibly engaged his fitness trainer Jogesh with him and said that he should not leave him at all. Kapil would agree to Sonu’s point and further reveal that yes Sonu is absolutely right saying that Jogesh did not leave me at all, but one day Kangana Ranaut met her client and she left the dumbbell lying on my chest. He had run away. Big B and Sonu Sood laugh after hearing this from Kapil.