‘Dog’ teaser viral, from starcast to crew, know what will happen in the film 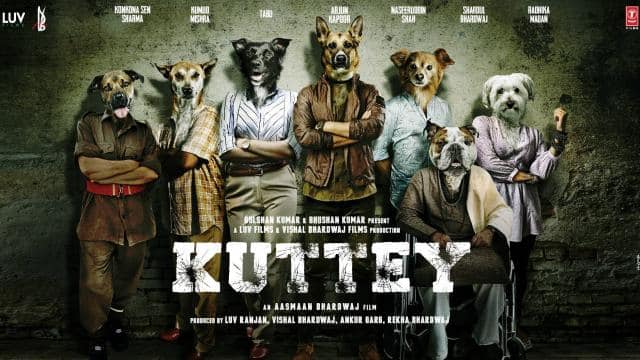 On Monday, Luv Films and Vishal Bhardwaj Films unveiled the teaser of ‘Kuttey’ presented by T-Series. Vishal Bhardwaj’s son Aakash Bhardwaj is making his directorial debut with this film. The teaser of the dog has increased the excitement among the audience. Arjun Kapoor, Konkona Sen Sharma, Naseeruddin Shah, Kumud Mishra, Radhika Madan, Shardul Bharadwaj and Tabu will be seen in important roles in the film Dog.

who is akash bhardwaj
Written by Aakash and Vishal Bhardwaj, ‘Kutte’ is a caper-thriller, which is currently in its pre-production stage and will start shooting in late 2021. Aakash has completed his Bachelors in Film Making at the School of Visual Arts, NYC and has assisted his father Vishal Bhardwaj in ‘7 Khoon Maaf’, ‘Matru Ki Bijli Ka Mandola’ and ‘Pataakha’.

What does Vishal Bhardwaj have to say
Talking about ‘Kote’ Vishal Bhardwaj says, “‘Kote’ is very special for me as it is my first collaboration with Aakash and I am excited to see what he does with it. Luv Films and Vishal Bhardwaj Films are also coming together for the first time and I am extremely excited about this association as I really admire Luv’s brave approach towards filmmaking and strong business sense. I have worked with Naseer Sahab, Tabu, Konkona and Radhika in different films throughout my career and Aakash has brought them all together in one film.”

What does Luv Ranjan have to say
Talking about the film and association with Vishal Bhardwaj, Luv Ranjan says, “Vishal ji is one of the most prolific filmmakers of our country. His story and vision as a filmmaker has been very inspiring for me personally. It gives me immense pleasure that I am getting a chance to work with him for the film of Aakash.”

‘dog’ team
It is worth noting that ‘Kutte’ is produced by Luv Ranjan, Vishal Bhardwaj, Ankur Garg and Rekha Bhardwaj under the banners of Luv Films and Vishal Bhardwaj Films and is presented by Gulshan Kumar and Bhushan Kumar’s T-Series. The film’s music will be composed by Vishal Bhardwaj and its lyrics are penned by Gulzar.