Dimple Cheema had asked the brother of ‘Sher Shah’ Vikram Batra- ‘Will you dance in our marriage?’ got this answer 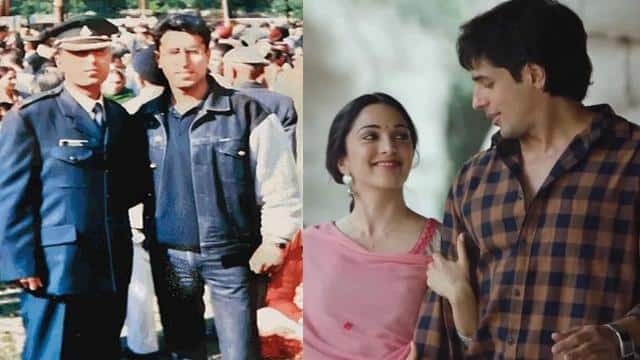 Sidharth Malhotra and Kiara Advani starrer ‘Sher Shah’ has been released. The audience has given a good response to the film. The story of ‘Sher Shah’ is based on the life of Captain Vikram Batra who was martyred in the 1999 Kargil War. During the process of making the film, the cast and makers met Vikram Batra’s family and his girlfriend Dimple Cheema. Vikram Batra’s brother Vishal Batra told in an interview that he appreciates the way the audience has given the film on his brother’s life.

In the film, Siddharth played Vikram Batra and Kiara played his girlfriend Dimple Cheema. Vishal Batra revealed that Dimple and Vikram were never actually engaged, as has been claimed in many media reports. In a conversation with Times of India, Vishal Batra said that ‘Dimple and Vikram were not engaged. It is sad to see such reports in the media. I hope there will be no mistake after this. It’s stupid that people are writing that she was his fiancee.’

Vishal Batra told that in a picture the girl standing with Vikram Batra is said to be Dimple while she is someone else, not Dimple.

Didn’t Dimple attend the premiere of ‘Sher Shah’ in Delhi? To this Vishal Batra says that ‘Yes, because of personal reasons.’ It was Vishal who got Kiara and Dimple to meet. He says that, ‘I helped him in getting the initial meeting. Kiara met Dimple at the hotel. I think they talked for at least 3-4 hours.’

family wanted to get married soon

Vikram and Dimple had planned the wedding. Vishal further said that ‘I remember Dimple and I were having lunch together six days before that fateful day. When I was going to Delhi for some work, she came to meet me. He told me- “When Vikram comes back you will dance in our wedding, won’t you?” I said- “Yes absolutely dance.” We were thinking of marrying her soon, no doubt about it. But I want to reiterate that they were not engaged.

Dimple has not married till date

After the death of Vikram Batra, Dimple did not marry again. Vishal and his family also told Dimple that she should marry someone else. But she stuck to her decision and decided not to get married.