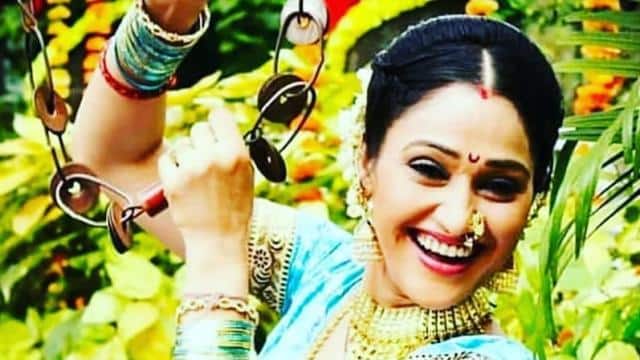 Fans are constantly remembering the actress Disha Wakani of ‘Tarak Mehta Ka Ooltah Chashmah’. Disha Vakani, who became famous by playing Dayaben, has been away from the screen for the last few years. From the makers to the fans are waiting for his return. There have been many speculations about his return to the show but it has not proved to be true yet. It is because of his popularity that no other artist has been replaced in the show so far. Disha Vakani’s character in ‘Taarak Mehta’ was that of a Gujarati daughter-in-law but did you know that she has also worked in Bollywood and regional films.

Actually, an old video of Disha Vakani is going viral on social media these days. Unlike the serial ‘Taarak Mehta’, she is seen in a different avatar in this. In the video, Disha is seen doing a tremendous dance. It is difficult to recognize them even once.

Disha is wearing a shimmery backless top and mini skirt. He has made a ponytail of hair. In this video, Disha Wakani is seen dancing on the song ‘Bhigri Ga Bhigri…’. The video is years old in which Disha is completely different from Dayaben’s image.

Let us tell you that Disha Vakani was born in Ahmedabad, Gujarat. She has appeared in films like ‘Phool Aur Aag’, ‘Devdas’, ‘Mangal Pandey’, ‘Jodha Akbar’ and ‘Sea Company’.