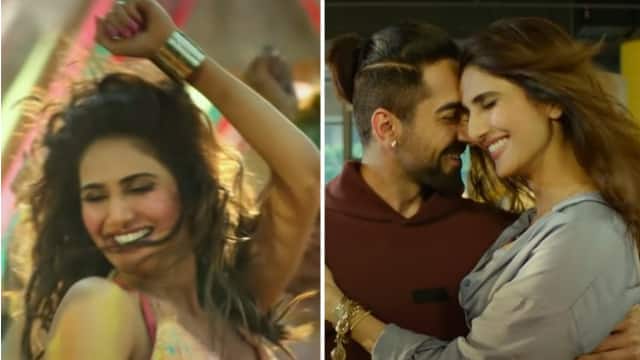 The titular track of Bollywood actor Ayushmann Khurrana’s film ‘Chandigarh Kare Aashiqui’ has been released. A few days back, the makers released the banging trailer of this film. Within a few hours of its release, the first song of the film has become a hit everywhere. Ayushmann Khurrana and the film’s heroine Vani Kapoor are seen dancing fiercely in the song. Ayushmann Khurrana has shared this song on his Instagram account.

The song has best dance steps

Something like this is the story of the film

In the film, Ayushmann Khurrana plays the role of a boy named Manu, who owns a gym. Vaani Kapoor will be seen in the role of a girl named Maanvi in ​​’Chandigarh Kare Aashiqui’. The twist in the story of the film is that Vaani Kapoor’s character is a trans woman. There will be a big twist in the story when Manu comes to know about this truth of Manvi.

The film is releasing on this day

This film of Ayushmann Khurrana and Vaani Kapoor will be released in theaters on 10 December 2021. The film is directed by Kedarnath fame Abhishek Kapoor. The film has been made in the production of Bhushan Kumar.