Brazilian popular singer Marilia Mendonca died in a plane crash, this video was shared before the plane crash 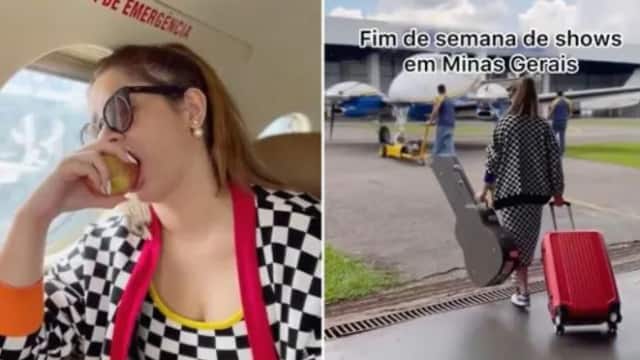 Brazilian Fame Young Star Singer Marilia Mendonca has died in a plane crash. She was 26 years old. Giving information about Singer’s death, the officials also said that along with Marilia, one of her uncles and a producer and two crew members have also died in the plane accident. No information has been revealed so far about how this accident happened.

Condoling the death of Marilia Mendonca, Brazilian President Jair Bolsonaro wrote on Twitter – the news shocked the entire nation, adding that Mendonca was one of the greatest artists of her generation.

Officials are investigating about the plane crash

According to news website G1, the plane was on its way from the central western city of Goiânia to Caringa, where 26-year-old Mendonca was on Friday to attend a music concert. The accident took place in a rural area of ​​Caringa. The report said that authorities are investigating the cause of the plane crash.

Singer was famous for the album “Certenzo”

Marilia made her mark in the year 2019 through the best album “Sertanejo”. He won a Grammy Award for this album. Marilia was famous not only in Brazil but in different countries. He was followed by about 22 million people on YouTube. Along with this, more than 8 million people listen to him every month on Spotify. Not only this, last year, to help people in the Kovid-19 epidemic, he also created a record of 3.3 million viewers live stream on YouTube.

Hours before the Marilia plane crash, she shared a video on social media, in which she was seen preparing to board a private aircraft. If reports are to be believed, Marilia has left behind a two-year-old child.