Bigg Boss OTT: Shamita Shetty talks about Shilpa Shetty for the first time, tears appear in front of everyone 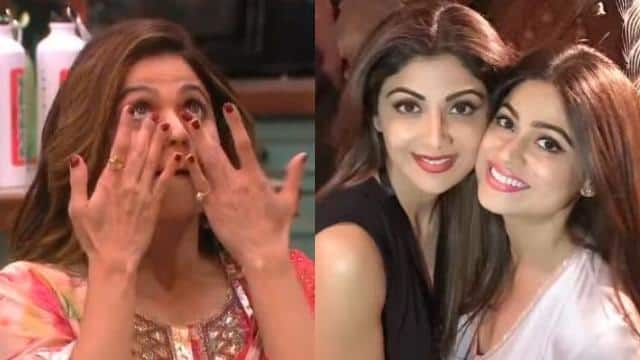 The process of taking classes for the contestants on Bigg Boss OTT and being homeless from their house has started. During Sunday Vaar, when Karan Johar organized the class of the family members, everyone was surprised, many people got the reality check and many expressed their feelings. At the same time, in the midst of all this, actress Shamita Shetty has spoken about her sister Shilpa Shetty for the first time during Sunday War since coming to the Bigg Boss house. During this, she has also appeared to be very emotional.

20 years in the industry is not easy

During Sunday Vaar, Shamita told that it is not easy to be called Shilpa’s sister. Karan has praised Shamita’s style of playing the game. At the same time, after this he asked Shamita if she had come on the show with any load because she was seen alone for the whole week. According to a News18 report, Shamita has told Karan that 20 strange years in the industry have not been easy for her. Shamita told how she has remained as a shadow of her elder sister Shilpa.

…but people don’t know me

According to this report, Shamita said- ‘My journey of 20-25 years in the industry has been very difficult. I feel more confident now. People know me as Shilpa Shetty’s sister. It’s a protective shadow, I’m lucky I have it but people don’t know me. She told that she wants to make her mark. To this, Karan said that after his decision to appear on Bigg Boss, people will now know him more.