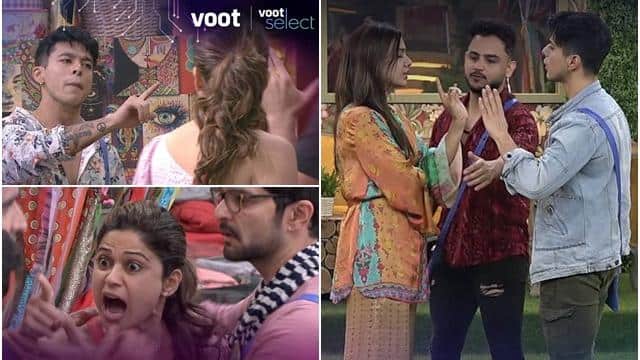 ‘Bigg Boss OTT’ premiered on the Voot app on Sunday night. A total of 6 male contestants and 7 female contestants were entered in the show. Since the premiere night, the show is being watched 24*7 on the app. Along with entertainment, debate has also started in the show. In such a situation, Pratik Sehajpal had a heated argument with Shamita Shetty and Divya Agarwal, the video of which has surfaced.

why the debate
In fact, Prateek Sahajpal in the show is showing a sharp attitude from the premiere night itself. From Shamita to Divya and Urfi Javed, he got into arguments with many contestants on the premiere night itself. In such a situation, Prateek had a heated argument with Shamita and Divya over food on the first day of the show. While Prateek started screaming, Shamita and Divya also left no stone unturned to answer.

certain things
Let us tell you that by the way, you can watch the show 24*7 on Voot. At the same time, every Monday to Saturday at seven in the evening one hour episode will be seen. On the other hand, the elimination episode will be telecast at 8 pm on Sunday, in which Karan Johar will be present. Significantly, Bigg Boss OTT will run for 6 weeks.