Bigg Boss OTT: Divya Aggarwal was reprimanded by Karan Johar, not one but these two contestants were out of the house 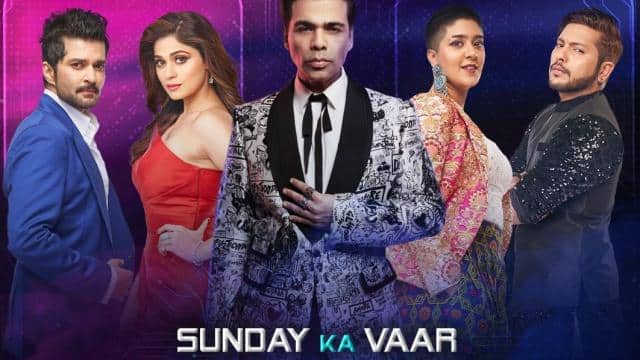 Then started Divya’s class
Like the previous ‘Sunday Ka Vaar’, Karan Johar took Divya Agarwal’s class this time too. Divya had said in the show that she wants to nominate Karan. On this, Karan told Divya that you are a contestant and I am the host, this difference will always be there. At the same time, on another statement of Divya, Karan told Divya quite a lot. Karan said- If you do not give respect, then do not even take the name, if the world has given us some status, then respect it.

reprimanded Zeeshan
Karan Johar also strongly reprimanded Zeeshan on one of his statements and asked him to move away from the sofa and sit on the stool behind. Remind that Zeeshan had told a female contestant that if there is an anxiety attack then go to the medical room. Along with this, Karan also revealed in the show that he too has been a victim of anxiety attack and his therapy has gone on for three years. Along with this, Karan also talked about Prateek’s statement of ‘bring medicine to me’.

age joke
Karan Johar also talked a lot on the issue of mental health, age shaming in ‘Sunday Ka Vaar’. Karan clearly explained to all the family members that this is not pop culture that we are just talking about. Everyone should talk about this thoughtfully. Karan Johar also said on the ‘Tata-Bata’ groups released in the house that everyone is equal here. Social media followers are a mirage, forget that. Karan Johar also spoke on the double standards of the house, referring to Akshara Singh and Zeeshan.

Rakhi Sawant’s fun
Like Shehnaaz Gill and Siddharth Shukla had come last Sunday Ka Vaar, this time Rakhi Sawant reached the show and had a lot of fun with the contestants. When Rakhi got the family members to dance, she also sang a song there. Rakhi created the atmosphere from the stage itself. Seeing Rakhi, Karan Johar said that she is an OTT queen.