Bigg Boss OTT Day 11: Divya Aggarwal cried all night, know why Shamita said to Rakesh- ‘I am not your girlfriend’ 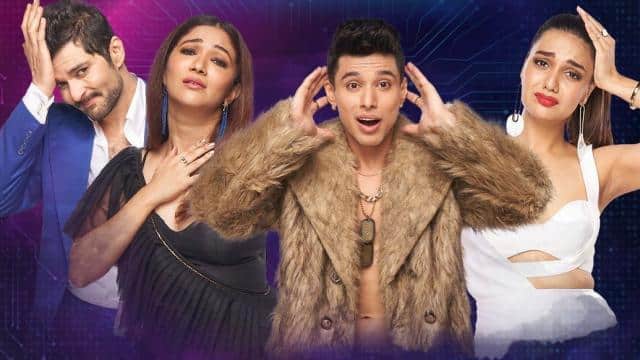 It has been almost a week and a half for the premiere of ‘Bigg Boss OTT’. In the first week’s ‘Sunday Ka Vaar’, Urfi Javed got out of the show and the battle between the rest of the contestants continues. This time ‘Bigg Boss OTT’ is running live on the app 24*7, while a one-hour episode is telecast from Monday to Saturday at 7 pm. In such a situation, let us tell you what was special in today’s episode.

cried divya
The 11th day started with the breakup song of the film ‘Ae Dil Hai Mushkil’. After this, when Divya looked very sad in the morning, Riddhima asked her the reason for this. To which Divya told that she cried all night because of Shamita’s behavior. After this Divya- Riddhima and Nishant talked on this topic. Although after some time Shamita also came to talk to Divya but things did not work out.

I’m not your girlfriend
At the same time, during the conversation, Divya told Shamita that you have also forbidden Rakesh to talk to me, after which Shamita asked Rakesh the same thing when he refused. Shamita said in a funny way – Brother, I am not your girlfriend, who will stop to talk to anyone. After this Rakesh replied to Shamita’s talk. At the same time, Neha Bhasin and Nishant Bhatt were also seen having a lot of fun.

Zeeshan – Milind – Nishant’s fun
Zeeshan, Milind and Nishant were seen in a fun mood in the morning. Actually Milind did not feel like doing gym today, but Zeeshan was telling him not to miss gym. On this Nishant said that you do it every day, rest for one day. After this Nishant and Zeeshan were seen convincing Milind to do their thing. At the same time, Milind also gave very funny reactions on this.

task to family
Bigg Boss asks the housemates to choose a connection, which they don’t want to see as bossman and bosslady, before the task of the new boss man and boss lady of the house. On which Shamita and Rakesh themselves came forward and the family members also agreed in the end. After this Bigg Boss gave the task of BB Factory to the contestants.

Who’s out?
In the task, the contestants had to write the initial names of the connection, which they do not want to be seen as Bossman – Bosslady while painting the dominions. Whose name is written more in each round will be eliminated from the task and in the end there will be a bossman – bosslady. Shamita- Rakesh became the director of this task. In the first round of the task, Akshara-Pratik and in the second round Karan-Riddhima were eliminated. After this the remaining task was extended to the next day.

cut off gas supply
Let us tell you that at the end of the episode, Bigg Boss told the family that the audience is not happy with the 24*7 live of Bigg Boss this time, so their daily routine will be affected. After which Bigg Boss told that on the 12th day, the family members will get only 4 hours of gas supply. In such a situation, everyone made a plan for the next day’s food and drink, so that tomorrow there would be no problem.