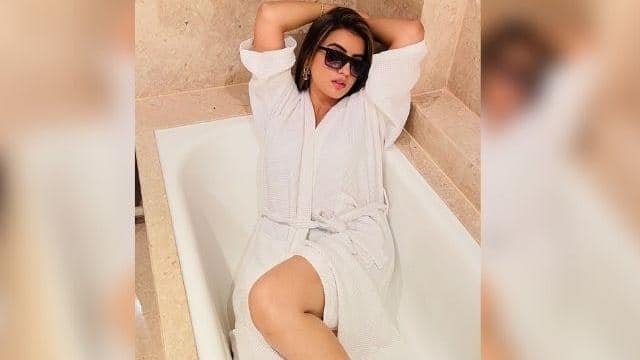 Every day some updates are coming out regarding ‘Bigg Boss OTT’. Now another contestant who took part in the show has been revealed. In the promo that surfaced, the contestants are seen in their full swag.

Video of new contestants of the show

Bhojpuri superstar Akshara Singh is going to participate in ‘Bigg Boss OTT’. Before the promo, it was revealed that Akshara is going to go to ‘Bigg Boss OTT’. Now this news is confirmed. Although his face is still not shown clearly, but those who are his fans will definitely recognize him.

Akshara Singh will show her strength

In the promo video, she says that ‘Those who spoil the name of our Bhojpuri industry, will stop them all. Although we are known for forced romance, but here we don’t even know the need to equalize the action.

Akshara Singh is a big star of Bhojpuri industry. She has been in discussion about the news of affair with Pawan Singh. Later, the relationship between the two had deteriorated so much that the matter had reached the police.

Filmmaker Karan Johar is going to host ‘Bigg Boss OTT’. Through a promo, he has indicated that this time the show is going to be bolder than TV. In the promo, Karan says, ‘Salman will host Suits Mein, Boots on TV and I will host Bigg Boss in OTT Voot. I am with Bigg Boss OTT, 24×7 for the first time.