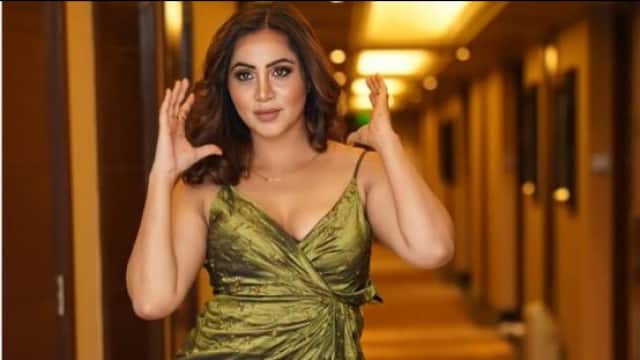 There is a bad news for the fans of Bigg Boss fame actress Arshi Khan. Actually, she was badly injured in a car accident, after which she has been admitted to the hospital. According to reports, it is being told that this accident happened on Monday in Malviya Nagar area of ​​Delhi. However, Arshi is out of danger. On hearing the news of her accident, fans are asking Arshi her condition on social media and praying for her well being and are under the care of doctors.

Arshi was in Delhi for the shooting

According to media reports, Arshi Khan was in her Mercedes car when the accident took place. The accident happened on Shivalik Road near Malviya Nagar in Delhi. During this his assistant was also with him. It is being told that as soon as the car collided, the airbags opened, which saved her from serious injuries. However, he was taken to the hospital after complaining of chest pain. Arshi had gone to Delhi in connection with the shooting.

Lives in discussion about bold image

Arshi first came into the limelight in 2017 from the 11th season of ‘Bigg Boss’. After this she also appeared in Bigg Boss 14 as a challenger. Arshi got the offer of director Dushyant Singh’s film ‘Trahimam’ as soon as she came out of the show. She is going to play the character of a village girl in the film. Let us tell you that Arshi’s ambition is to make a career in Bollywood. Arshi Khan has appeared in TV serials like ‘Vish’ and ‘Savitri Devi College and Hospital’. She will soon be seen in the Swayamvar show ‘Aayenge Tere Sajna’ on TV. Apart from work, Arshi remains in the news due to her statements and sharing her bold image on social media.