Bigg Boss 15: These 5 people nominated to be evicted from the house, will Tejashwi Prakash be out? 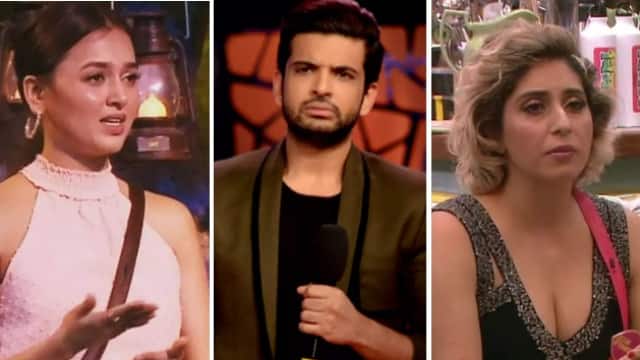 These days the nomination task is going on in the house of Bigg Boss 15. During this task, there is a constant cloud of trouble on the members who went to the VIP zone. Non VIP members are constantly targeting the members of the VIP zone. Meanwhile, new information is coming out about this week’s nomination. It has been informed on the Twitter handle named The Khabri that this week a total of 5 people have been nominated for homelessness.

after all who will go out

Talking about the last nomination task, Neha Bhasin was not safe in that too. This time also his name is in the list of nominated members. Last time Neha Bhasin got the least votes, but she escaped due to the cancellation of the nomination. In such a situation, it has to be seen whether this time she will go out of the show or not?

Soon the whole game will turn

In the coming days, many people are going to enter the Bigg Boss house with the help of wild card. If reports are to be believed, Donal Bisht and Vidhi Pandya are going to appear in this show through wild cards. In the initial days of Bigg Boss 15, both of them had to leave the show due to less votes.